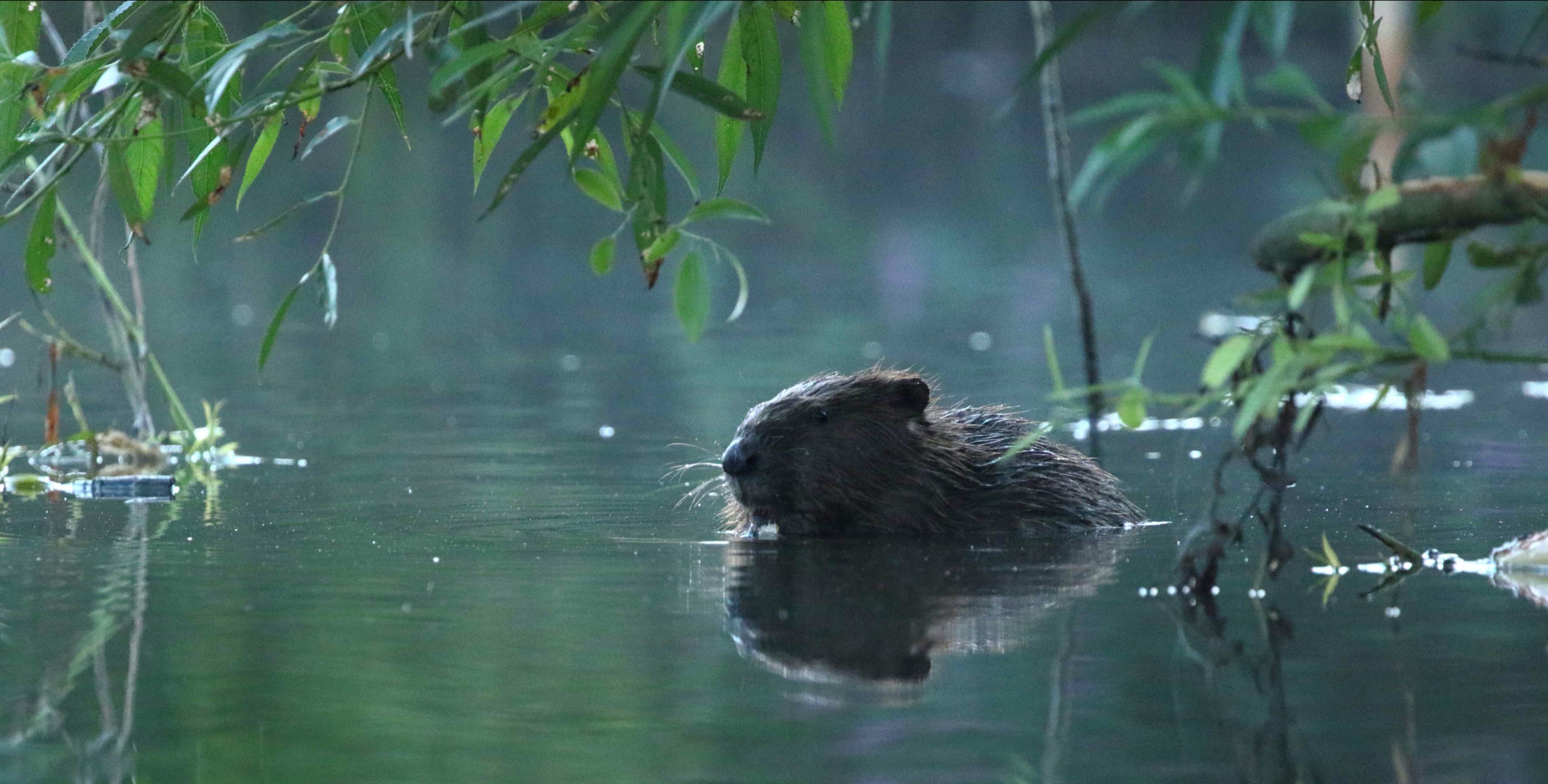 What am I? I am a large, semi-aquatic rodent. I have a stout body with a large head, long chisel-like incisors, hand-like front feet, webbed back feet and a flat, scaly tail. I can be found in rivers, streams, lakes and ponds. I am herbivorous, consuming tree bark, aquatic plants, grasses and sedges. Once common in the UK, I was hunted to extinction for my fur and meat. Thankfully, I am making a comeback following some successful re-introductions all over the UK.

The answer of course is - the beaver! In the last week of November, over 75 screens joined a bonus Zoom talk, run by Keynsham’s Avon Wildlife Trust group, and were rewarded with not one, but 3 speakers telling us more about these incredible natural engineers. The first speaker was Joshua Harris, from the Beaver Trust, who explained their ecology, how their dam building can mitigate the effects of both flooding and drought. In heavy rain, the dams hold back water, reducing flooding downstream, and during droughts, the wetland areas above the dam supply a filtered, regulated supply of water downstream to areas which would otherwise dry up. That their importance has been widely recognised is shown by their increase, from only 1000 in Europe in 1900, to over 1.25 million now. 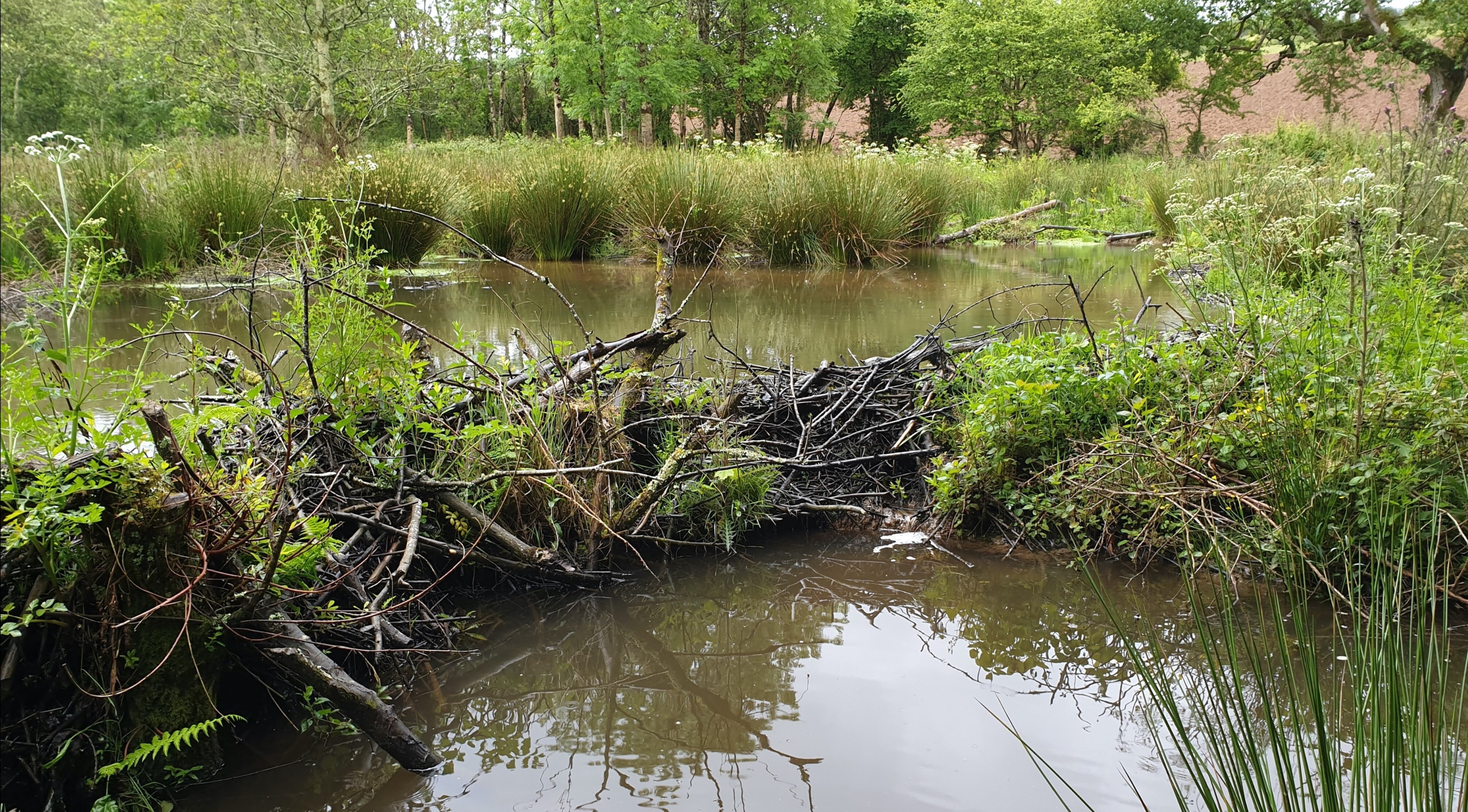 A well established beaver dam comprised of branches and vegetation 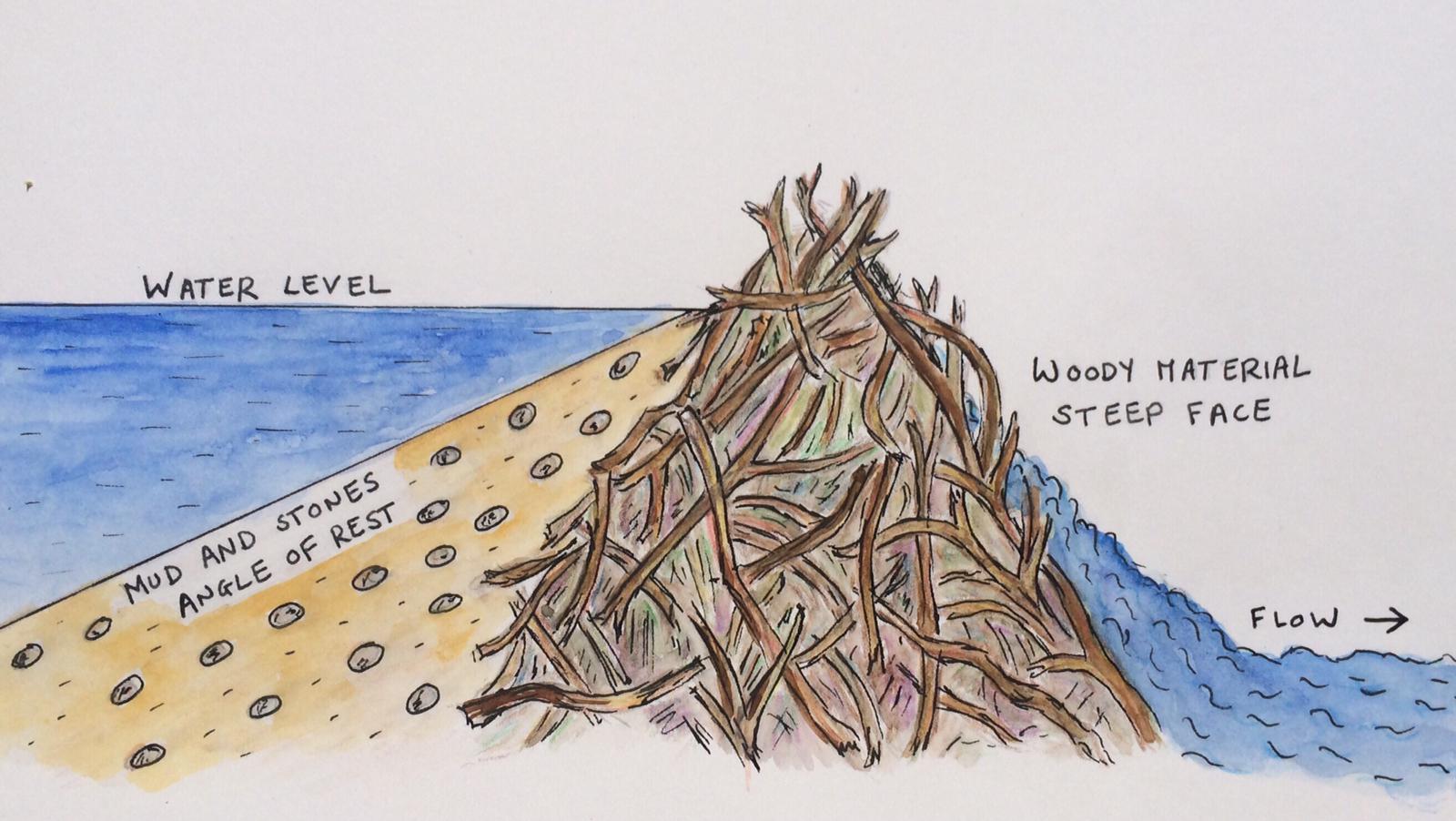 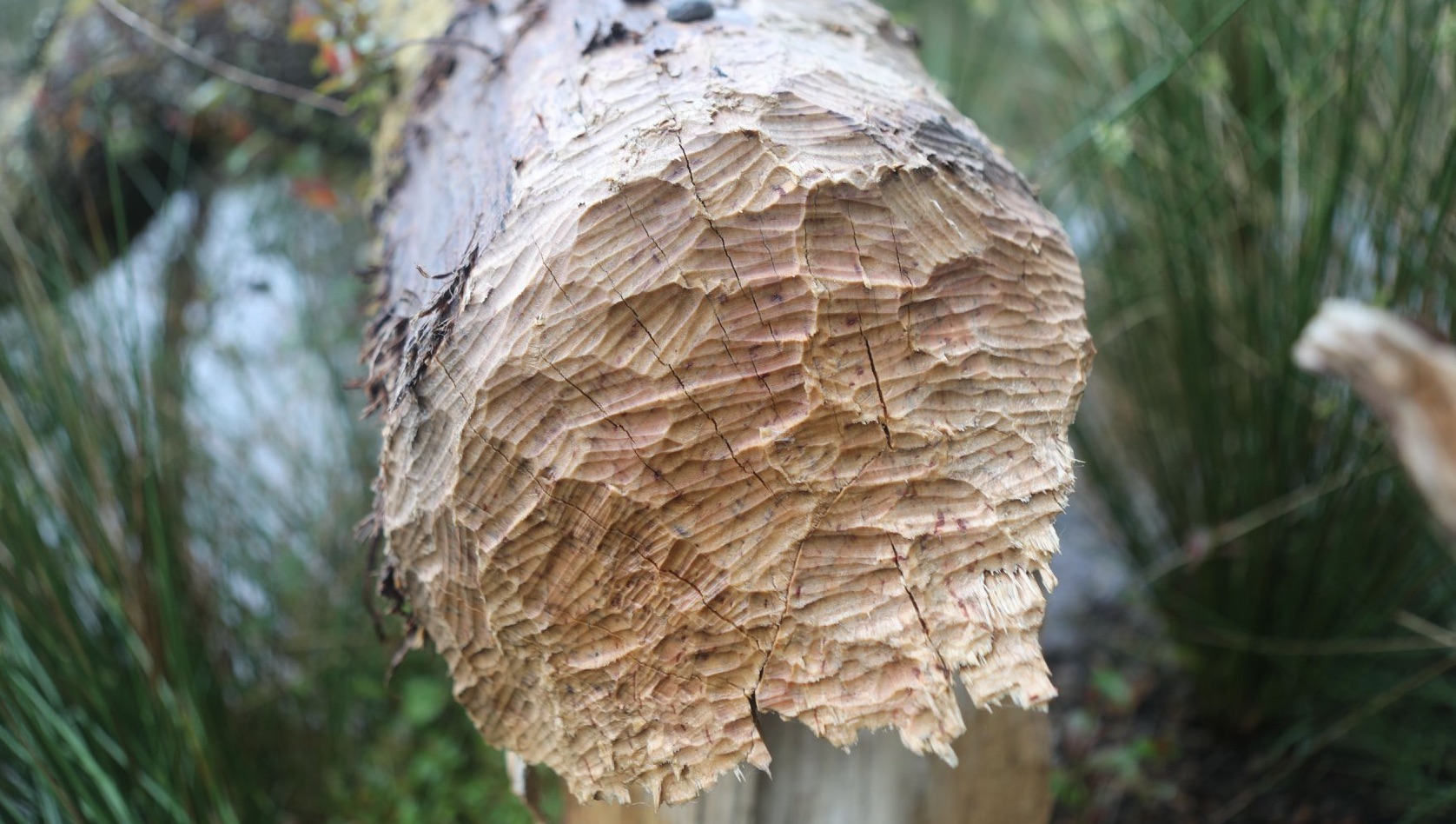 The second speaker was Chris Jones, a farmer and member of the Cornwall Beaver Project. He described the successful re-introduction of a small number of beavers on his land which, since 2014, have transformed the area into a large wetland with ponds, open canopy woodland and ground vegetation which are a haven for wildlife. The biodiversity has greatly increased, with mammals like polecat, water shrew and harvest mice returning, and birds like water rail, willow tit, firecrest, shoveler and hobby turning up in increasing numbers. Fish numbers have also increased in the numerous streams formed from dam overflows. Studies by Exeter University have shown that the wetland acts as a sponge, absorbing farm pollutants such as nitrates, phosphates and silt, as well as acting as large carbon “sinks”, helping to mitigate the effects of climate change. In 2019, Storm Dennis threatened villages downstream of the wetland, but flooding was prevented by the beavers’ engineering, as predicted. 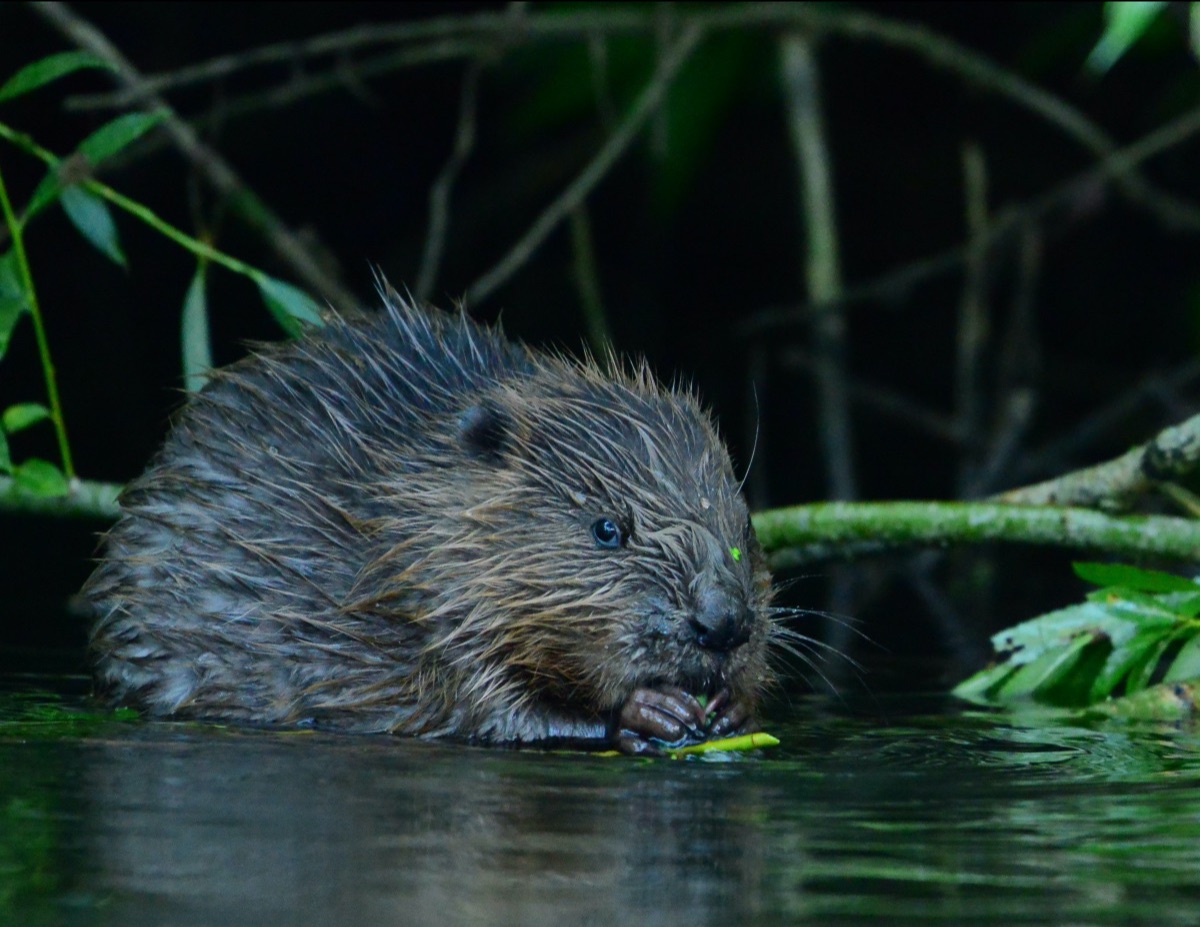 The third speaker was Amy Coulthard, from Avon Wildlife Trust. She confirmed the exciting news that beavers are now in the Avon catchment area and it appears they have done so naturally, rather than through a planned re-introduction. AWT are working with Bristol Avon and Somerset Frome Beaver Management Group and Natural England, to ensure a coordinated, partnership approach to managing the beavers, helping to assure their future in the area. Although at a very early stage in the project, signs are very encouraging with riverside willow trees are being “naturally coppiced” by the beavers, stimulating beneficial regrowth. Felled willow branches slow the flow of the river, increasing fish numbers, which in turn has increased numbers of kingfishers and herons.

Beavers can cause problems, especially on low-lying, flat land, such as in East Anglia, where fertile fields can become flooded. However, in more hilly areas, the benefits far outweigh any risks, and of course, the beavers carry out all this brilliant work - for free! Our role is just to ensure that beavers are protected and left undisturbed to carry out their work.

Beavers can cause problems, especially on low-lying, flat land, such as in East Anglia, where fertile fields can become flooded. However, in more hilly areas, the benefits far outweigh any risks, and of course, the beavers carry out all this brilliant work - for free! Our role is just to ensure that beavers are protected and left undisturbed to carry out their work.