Why are Birds Ringed? 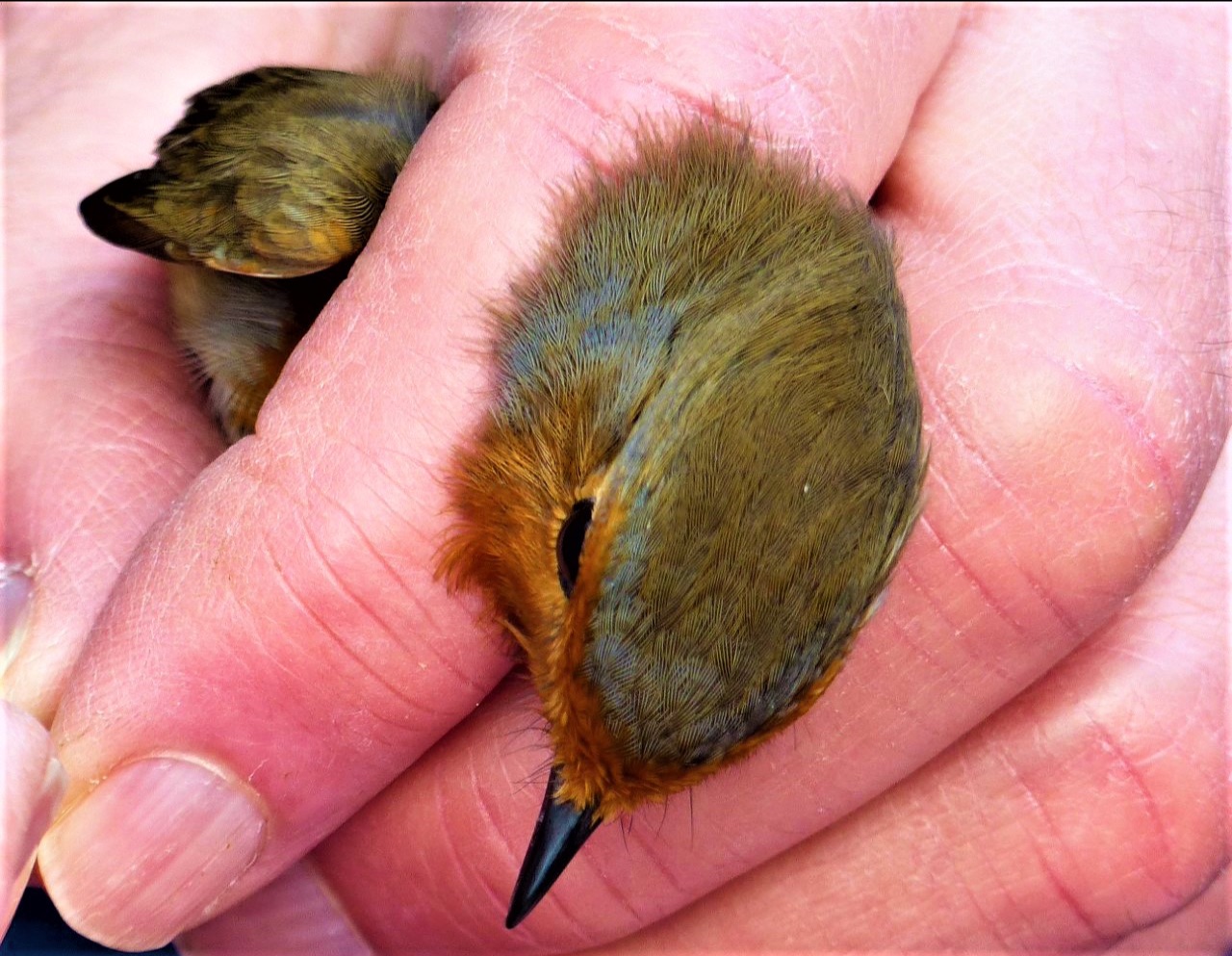 According to the Chew Valley Ringing Station website “The first recorded bird ringing at Chew Valley Lake took place on the 4th June 1961 when Ray Thearle trapped eight Reed Warblers and one Reed Bunting. In 1961 he made 14 further trips. The success of these trials indicated its potential as a ringing station. Ringing has occurred in every year since.’ The Ringing Scheme in Britain was 'hatched' in 1909, though actually originated as two schemes: one run by British Birds and one at Aberdeen University. A third scheme, organised by Country Life magazine also started at this time, but the rings were not uniquely numbered. The Aberdeen Scheme ended during the First World War, and in the 1930s, following the founding of the BTO (British Trust of Ornithology), the British Birds scheme was transferred to its current home.

In the early years of the Scheme, these pioneers set out to answer some of the more basic biological questions of the day. Where do our summer visitors spend the winter, and where do our winter visitors breed? At the time migration routes were only known from observations of birds on their spring and autumn migrations. The legend of Swallows spending the winters in the bottom of ponds was not long dead. The first ring recovery of a Swallow in South Africa then came in December 1912. Migrations can be awe-inspiring journeys. After all these years the wonder still exists. A Sand Martin ringed in a Hampshire colony was re-caught by the same ringer the next winter in Morocco, only for the two to be reunited again the next summer back at the same colony. Distant recoveries also illustrate the prodigious, but regular, journeys that are easy to forget. An Arctic Tern that flew into a Japanese whaler off the Antarctic pack ice is the only BTO ringed bird to be found at a southern latitude higher than the northern latitude at which it was ringed. Lots of bird migrations remain a mystery. This is especially so with declining species like the swift and Pied Flycatcher. Where do they winter? Migration patterns can change remarkedly quickly. It is known Blackcaps winter around the Mediterranean but since the late 1970s there has been an increasing winter population. Rings have proved that lots of the increased winter Blackcap population are actually from the Continent. With generally milder winters and seemingly good food availability this has proved a very good strategy. As the scheme grew in age and size so too did the bird ages recorded. Very few birds reach anything like their maximum potential age. There are too many obstacles – predators, accidents, weather, disease, starvation and plain bad luck. Even so the ages obtained by some birds is staggering with the star being a Manx Shearwater. It was recorded by the Bardsey Bird Observatory being 51 years old. It has spent 51 winters off the coast of southern Argentina with around 1.5 million kilometres just getting there and back. 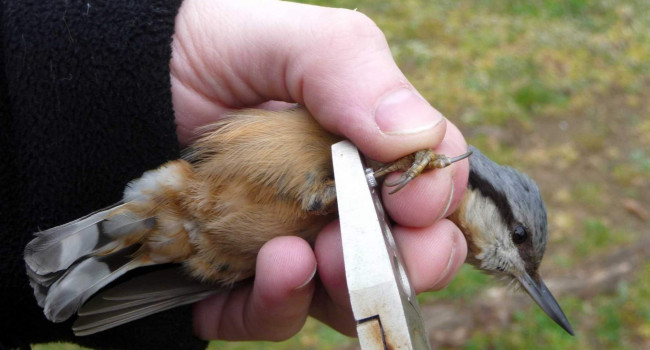 Each BTO metal ring bears a unique number. Recent decades have witnessed marked increase in coloured rings. This helps with identifying birds that are very hard to catch (e.g. raptors and gulls as well as birds like the House Sparrow that are often too wily to be caught more than once). In the future the birds may not even need to be seen. Passive Integrated Transponder (PIT), similar to the chips vets place in cats and dogs, can be fitted to the rings and allow a bird’s presence to be detected automatically by a receiver. Technology to the fore!