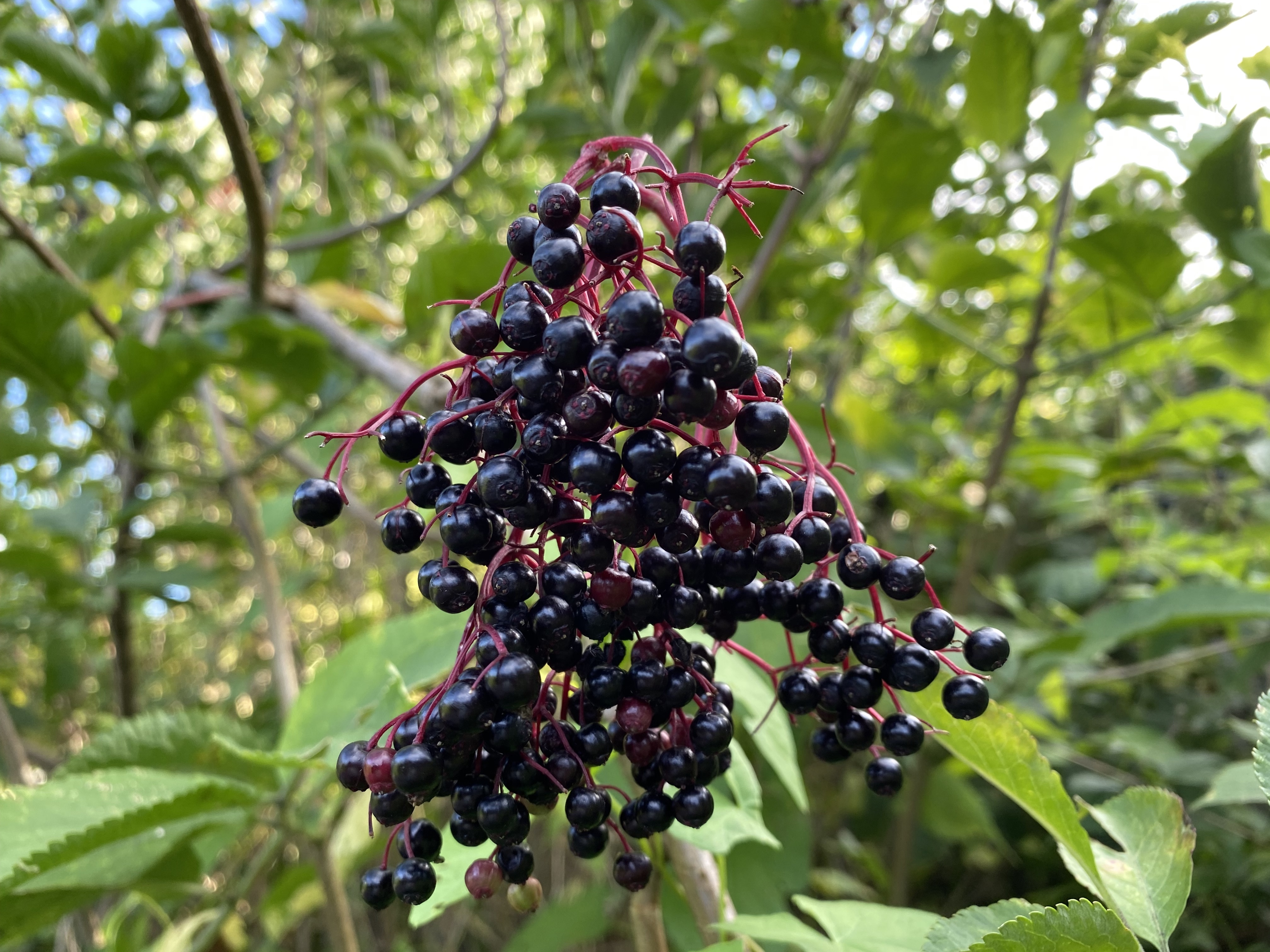 As we move into September, our eyes are drawn to fruiting trees and hedges. Blackberries are already gracing the beaks of many of our native birds as well as our own mouths in pies and crumbles! And another fruiting tree at this time of year - the native Elderberry, Sambucus Nigra, can be found at the edges of woodland, in hedges, gardens, along canals and often near badger setts or rabbit warrens as the seeds are dispersed by animals and birds.

A mature tree can be up to 6 metres high. It grows extremely vigorously; even if it is coppiced back to a stump, new growth will reach up to 4 feet in height in one season. 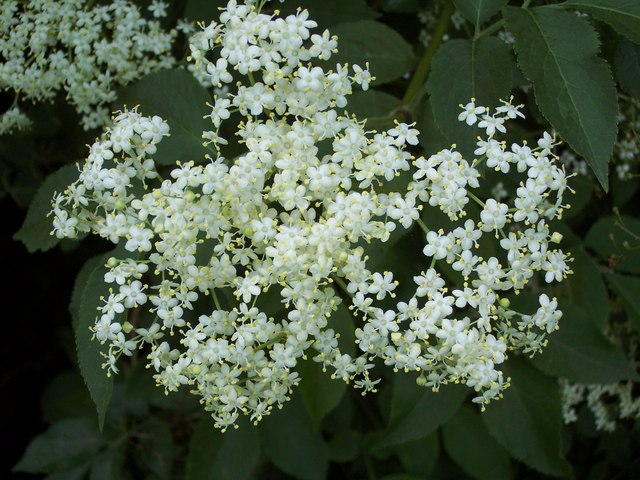 The beautiful frothy aromatic white flowers appear in May to mid-June and are often used to make wine, cordial or tea, or fried to make fritters. The flowers are hermaphrodite, which means they have both male and female reproductive parts within the same flower. The vitamin C-rich berries appear in late August/September and feature in preserve, wine and fruit vinegar recipes and can be baked in a pie with blackberries. 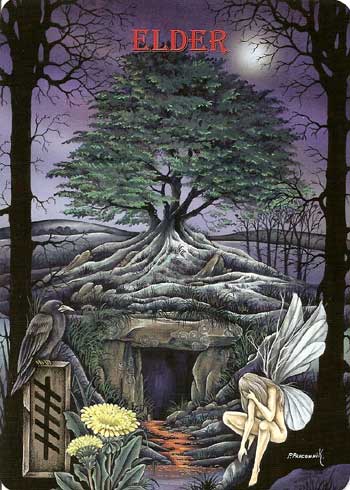 In common with other trees with white blossom, such as Hawthorn and Rowan, the Elder has many stories and myths. On Midsummer’s Eve it is said that the Faery King and Queen will pass by under an Elder, and witches were said to meet there too.  There are many references in folklore advising against sleeping under an elder and it is possibly because the strong smell of the leaves has mildly narcotic effects. The stories may have been created to warn people to take care around the Elder tree as every part of it, except the flowers and fruit, can be mildly poisonous.
The aroma of the leaves has long been known to repel flies so "wands" of Elder  were hung on horse’s harnesses, outside barns, bakehouses and kitchens. Historically the wood of the Elder was used for whistles, pipes and children’s pea shooters (that is not recommended now due to the toxicity of the sap), but the mature wood can be carved or whittled. It made poor kindling as the sappy hollow stems caused it to hiss and spit if put on a fire, probably giving cause to some of the myths surrounding the plant. However, it was thought that if an Elder self seeded near your dwelling, it offered protection from evil spirits and if you cut it down, which is unavoidable if birds have deposited the seeds in a small garden, this incantation is supposed to be obligatory: ‘Old woman, old woman, give me some of your wood and when I am dead, I’ll give you some of mine.’ 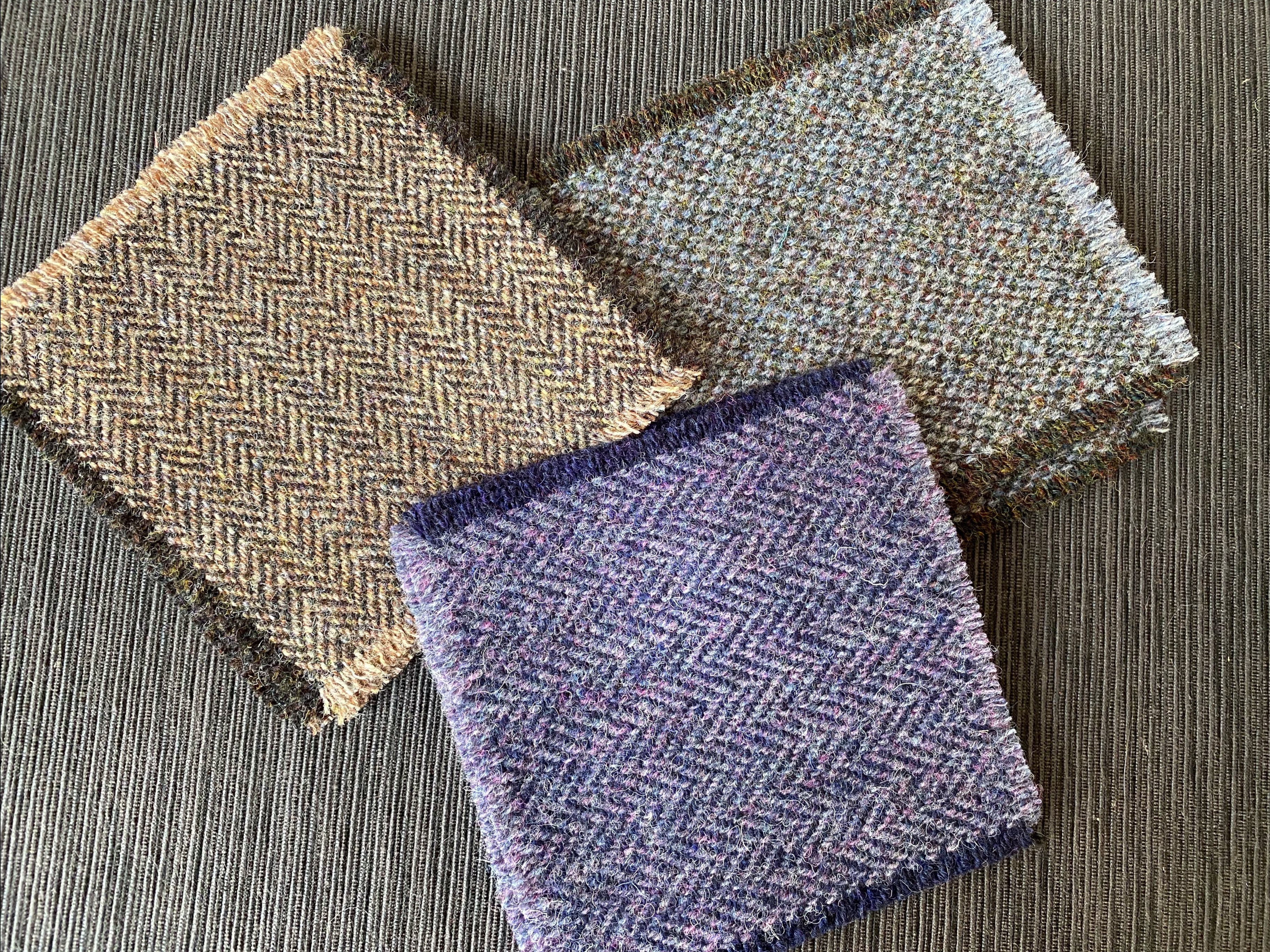 Elder is also a great source for a variety of coloured dyes and historically it was used to make lushly patterned Harris Tweed. Blue and purple dye was obtained from the berries, yellow and green from the leaves, and grey and black dye was made from the bark. Photo: Samples of Harris Tweed showing colours that would originally have been made with dyes obtained from Elder 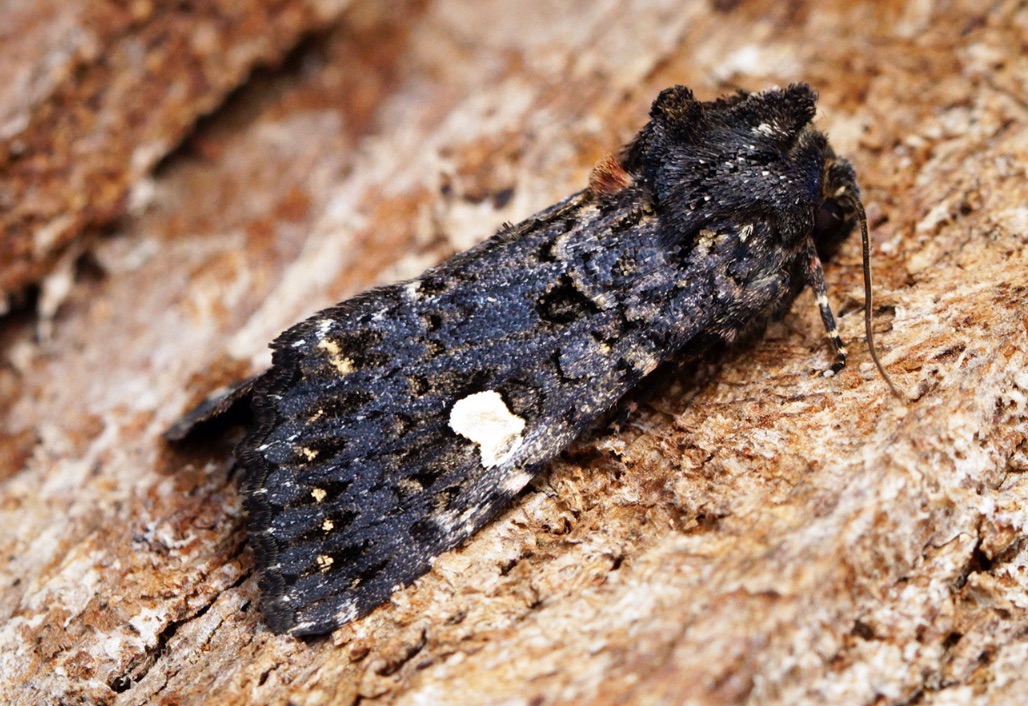 It is hardly surprising that a plant which is so useful to humans is also useful to wildlife. The flowers provide nectar for many insects. If you ever pick the flowers to bring indoors you will find that many tiny insects invite themselves in too! The flowers and fruit are eaten by small mammals and birds love the fruit - hence the purple blotches on nearby pavements and cars! Elder leaves also provide a nutrient source for moth caterpillars, such as the dot moth, white spotted pug and swallowtail.
Julia Shahin, September 2021
Follow us on Social Media