On Saturday afternoon, over 20 under-7s and their parents enjoyed pond dipping at Wellsway school, benefiting from the recently-installed dipping platforms. The pond was teeming with life, all invertebrates apart a couple of frogs on the verges and a good number of “newtpoles” - baby newts or efts, fish-like except for their 4 legs and pink external gills. 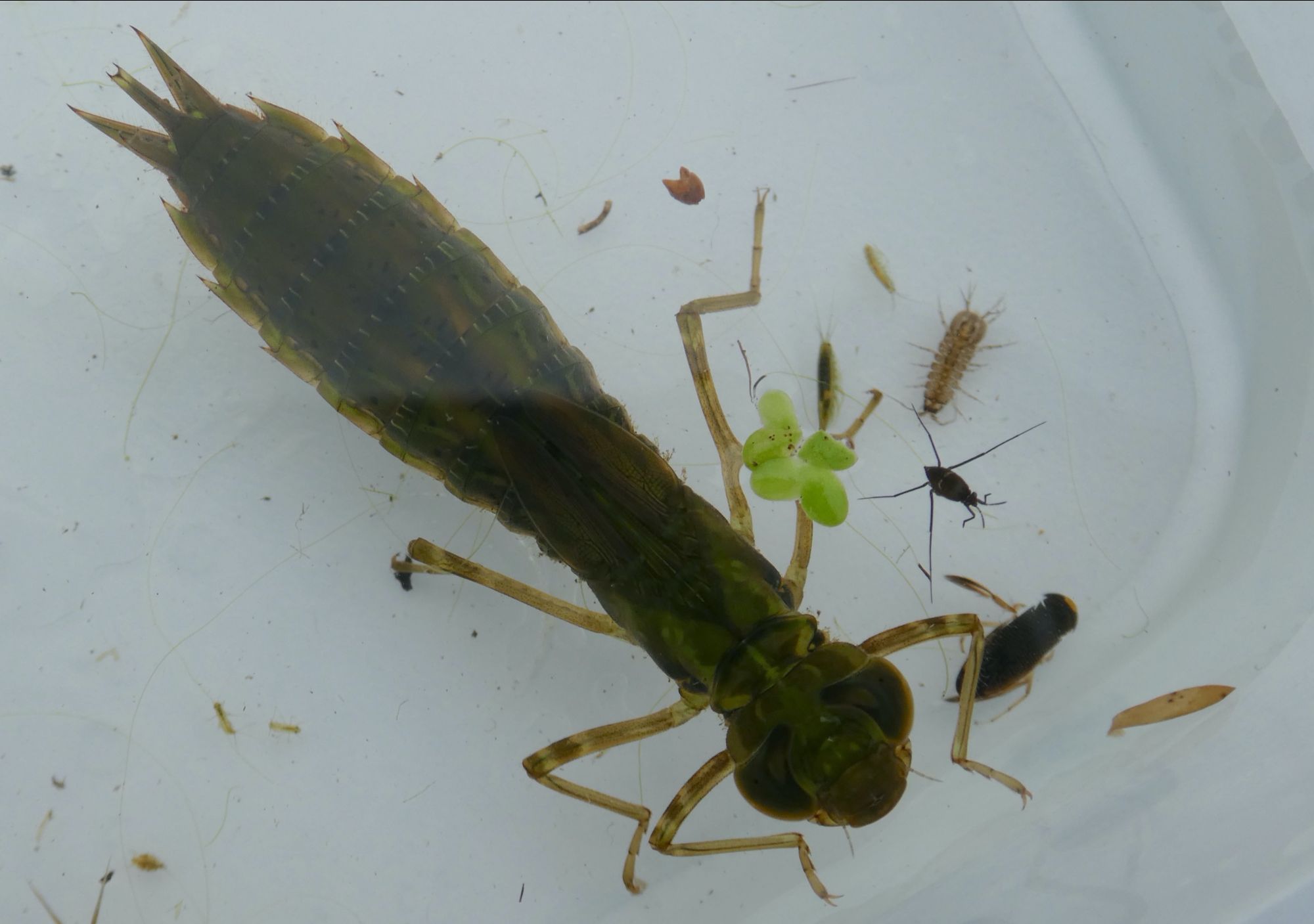 A total of 18 animals were found, including transparent phantom midge larvae, greater & lesser waterboatmen, damselfly and mayfly nymphs, and a huge dragonfly nymph, over 4 cm long, probably about to crawl out of the pond, undergo its final moult to adulthood, and fly off in search of a mate. 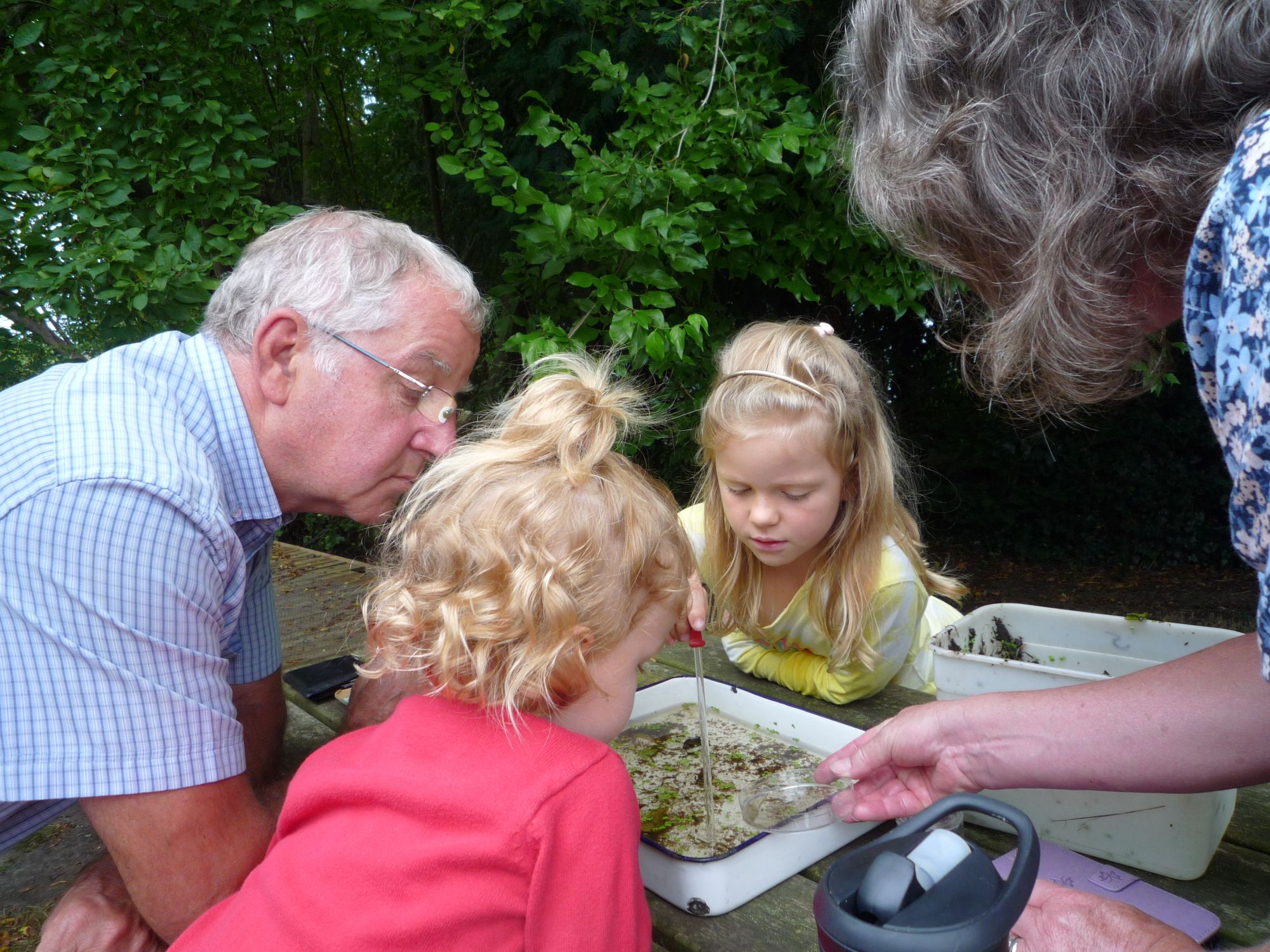 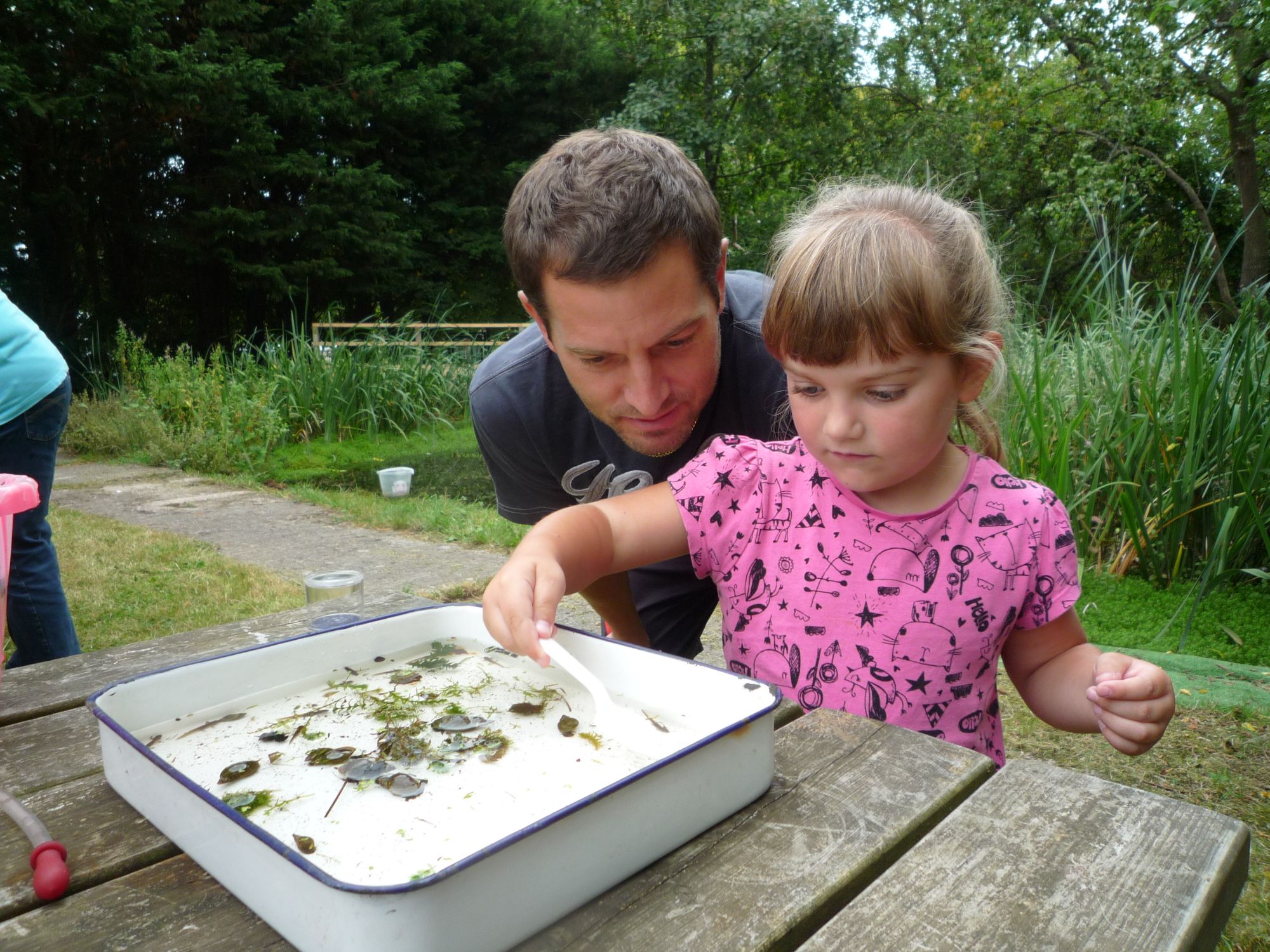 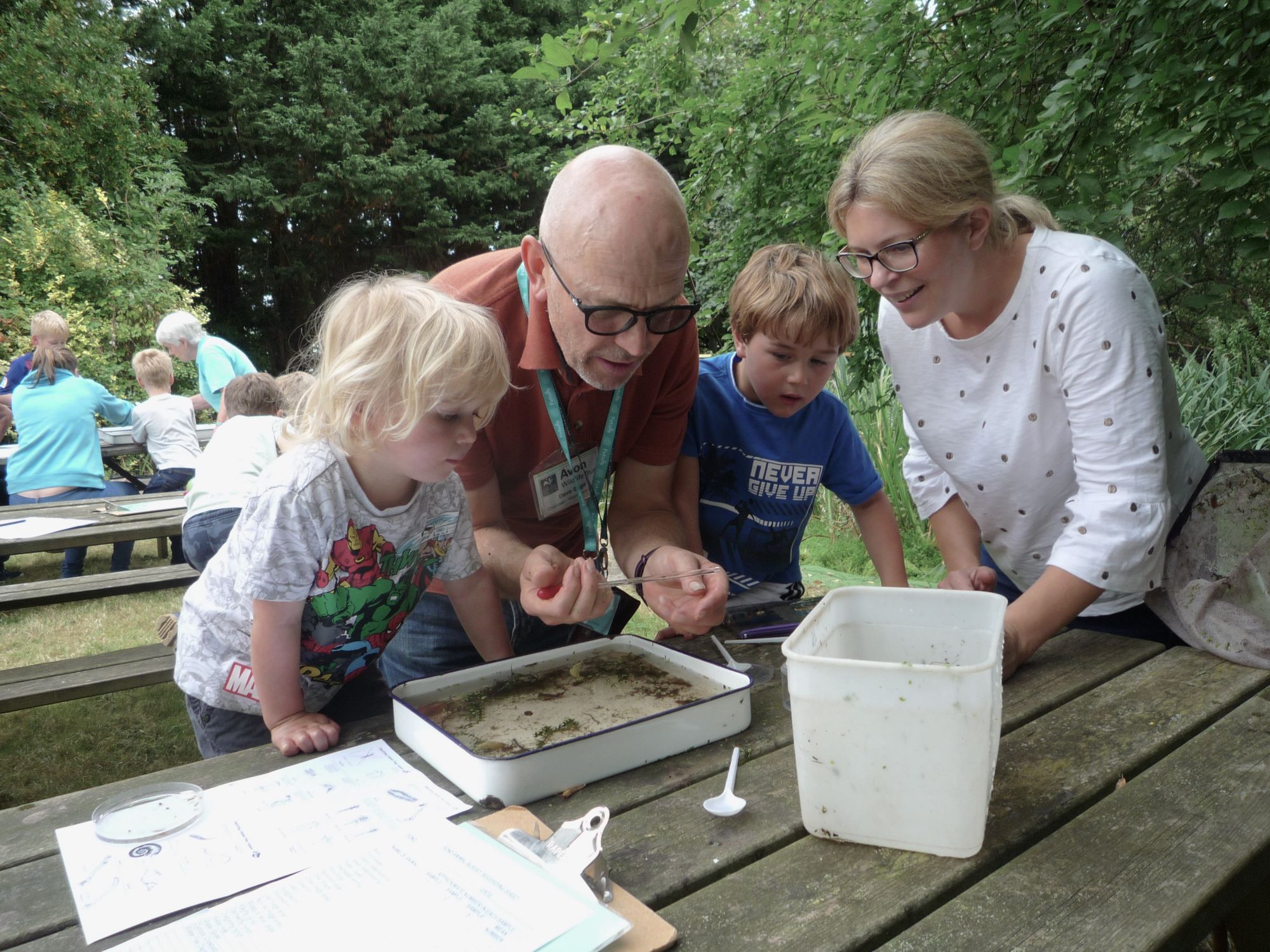 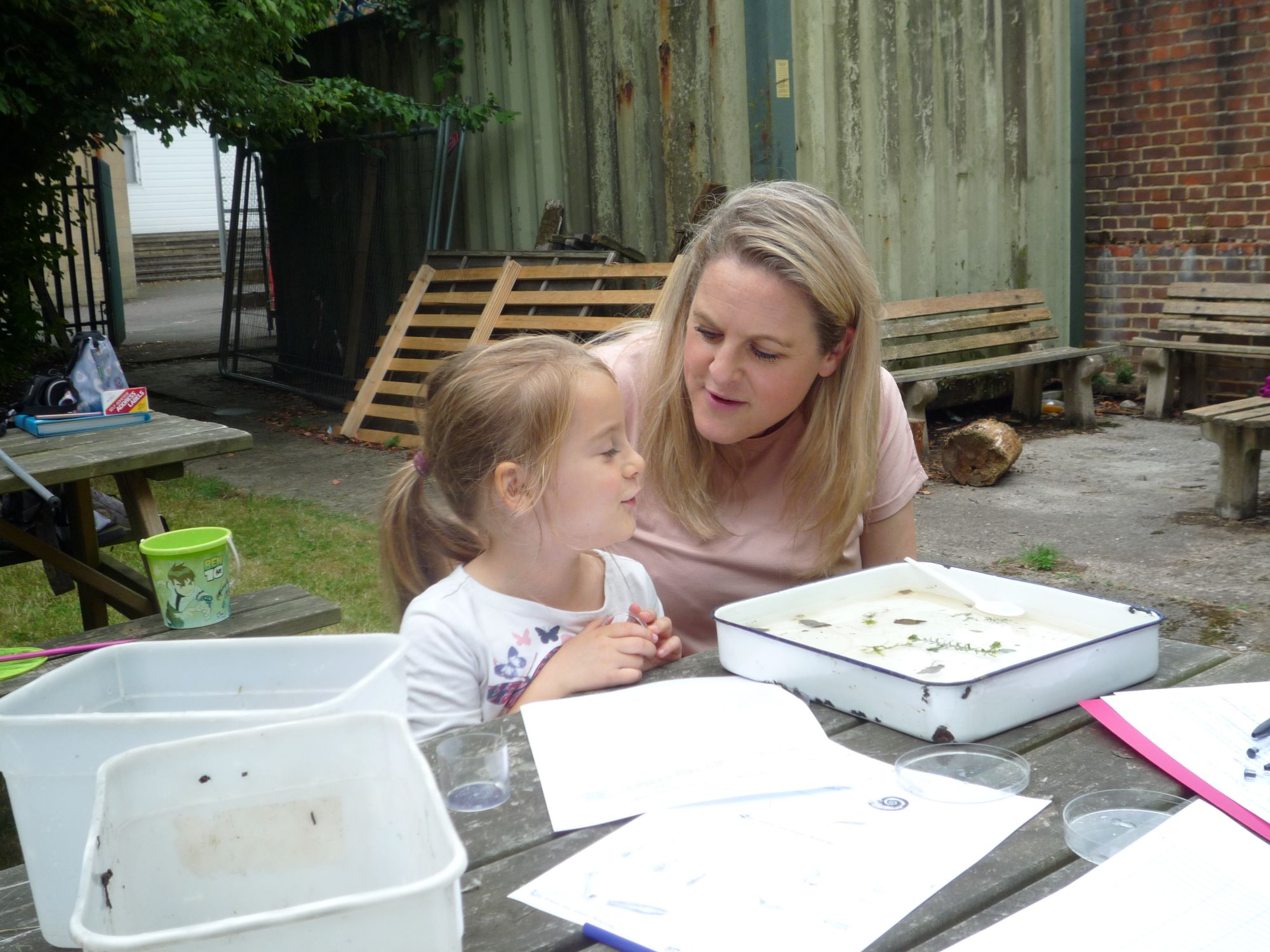 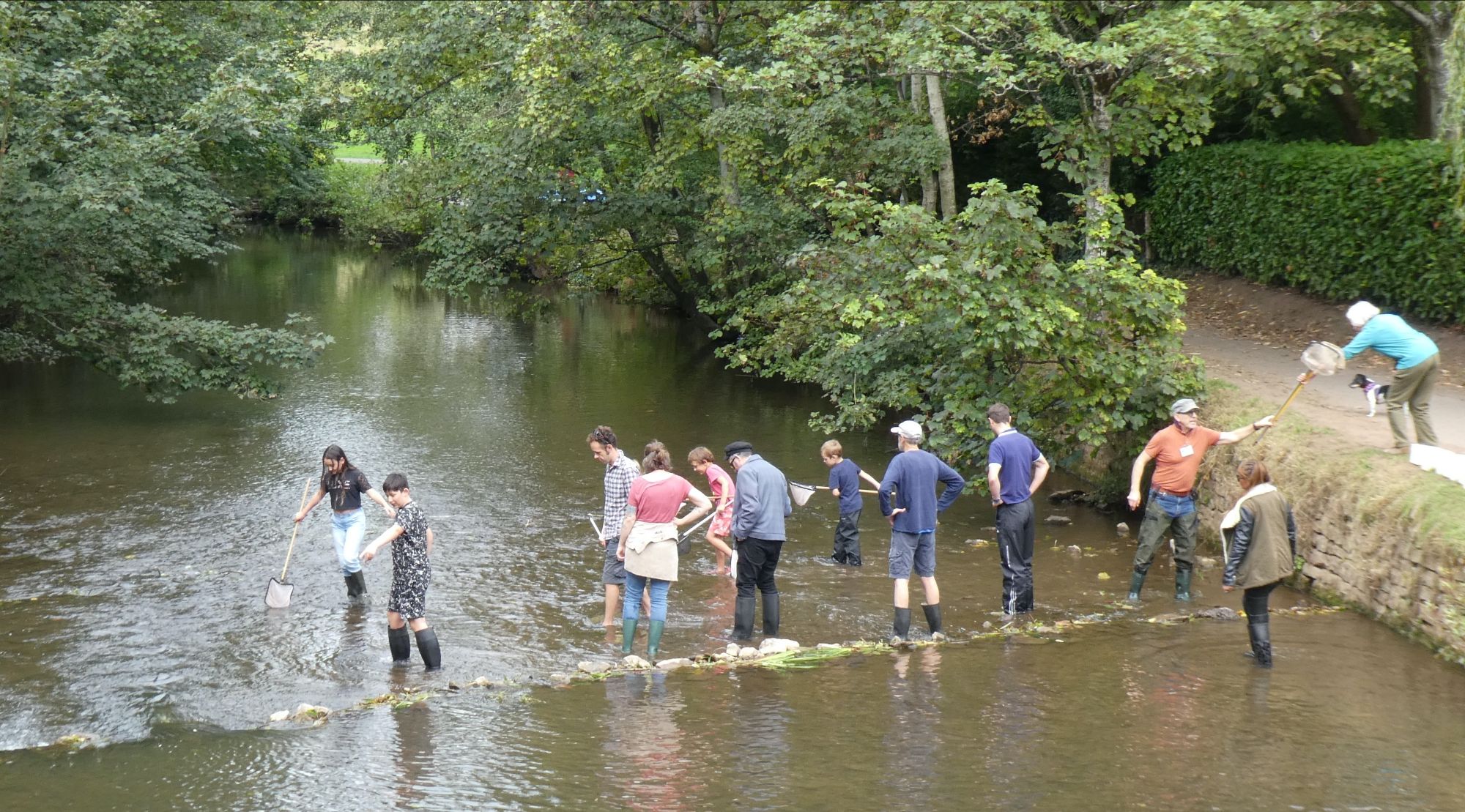 The following afternoon, river dipping took place again in the River Chew below Dapp’s Hill bridge, this time with over 7-year olds and parents.

22 people took part, including 14 children, & eleven kick samples were taken The river level was low although the flow rate was quite good over the small dam of stones (which is now well-established), reflecting quite low rainfall in September. 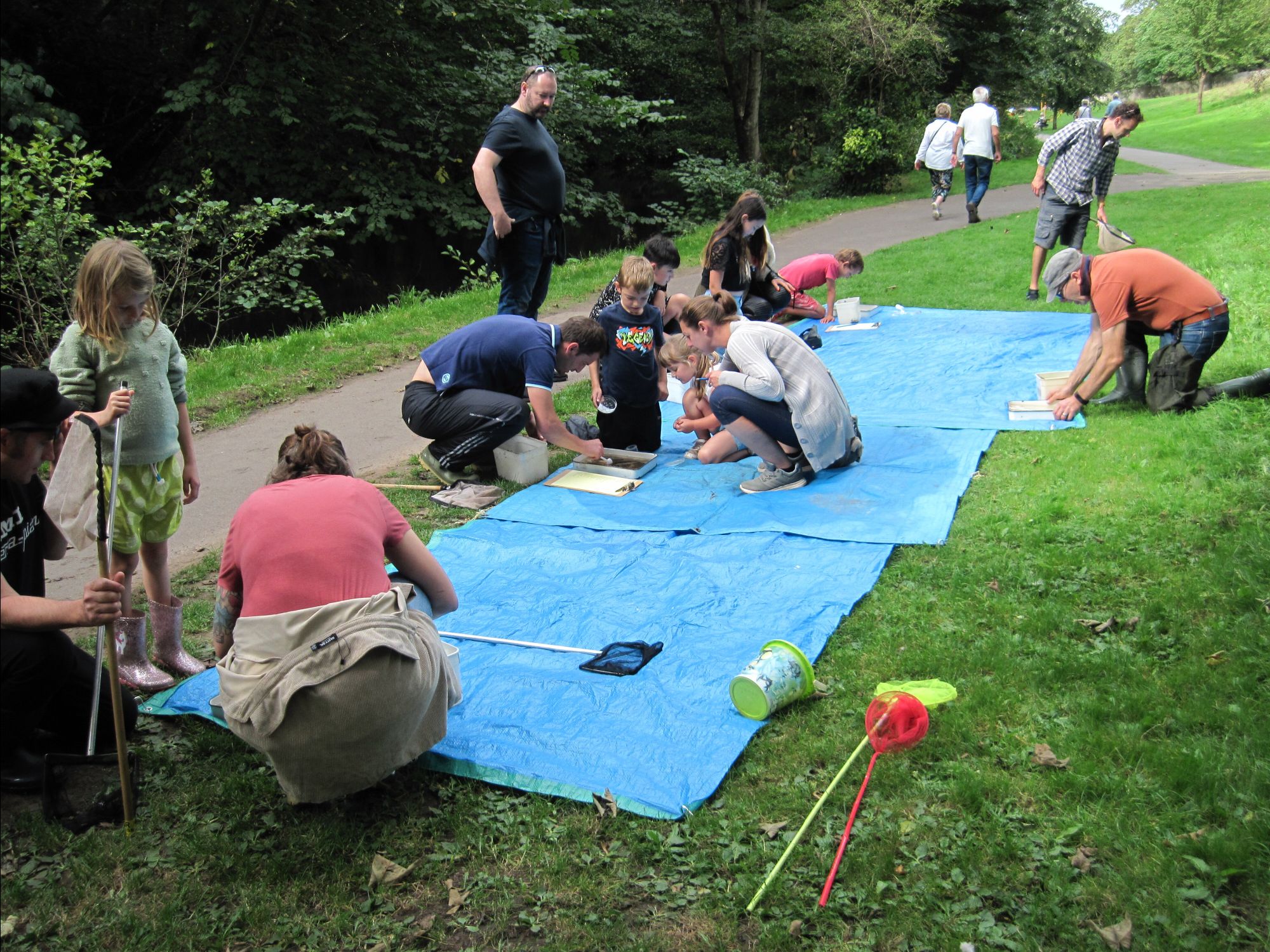 13 major invertebrate indicator groups were represented. In common with recent years, most samples had relatively low numbers, although fish were caught in several samples, including minnow, bullhead and stone loach. A nearby fisherman caught a roach and a small perch. Stonefly nymphs, burrowing & swimming mayfly nymphs were present in most samples, the best result for over 10 years. Some samples contained good numbers of cased & uncased caddis fly larvae (including Hydropsyche & Rhyacophila species), more evidence of well-oxygenated water. Bloodworms, sludgeworms, leeches and other polluted water indicators were present in low numbers, reflecting a healthy river ecosystem here. 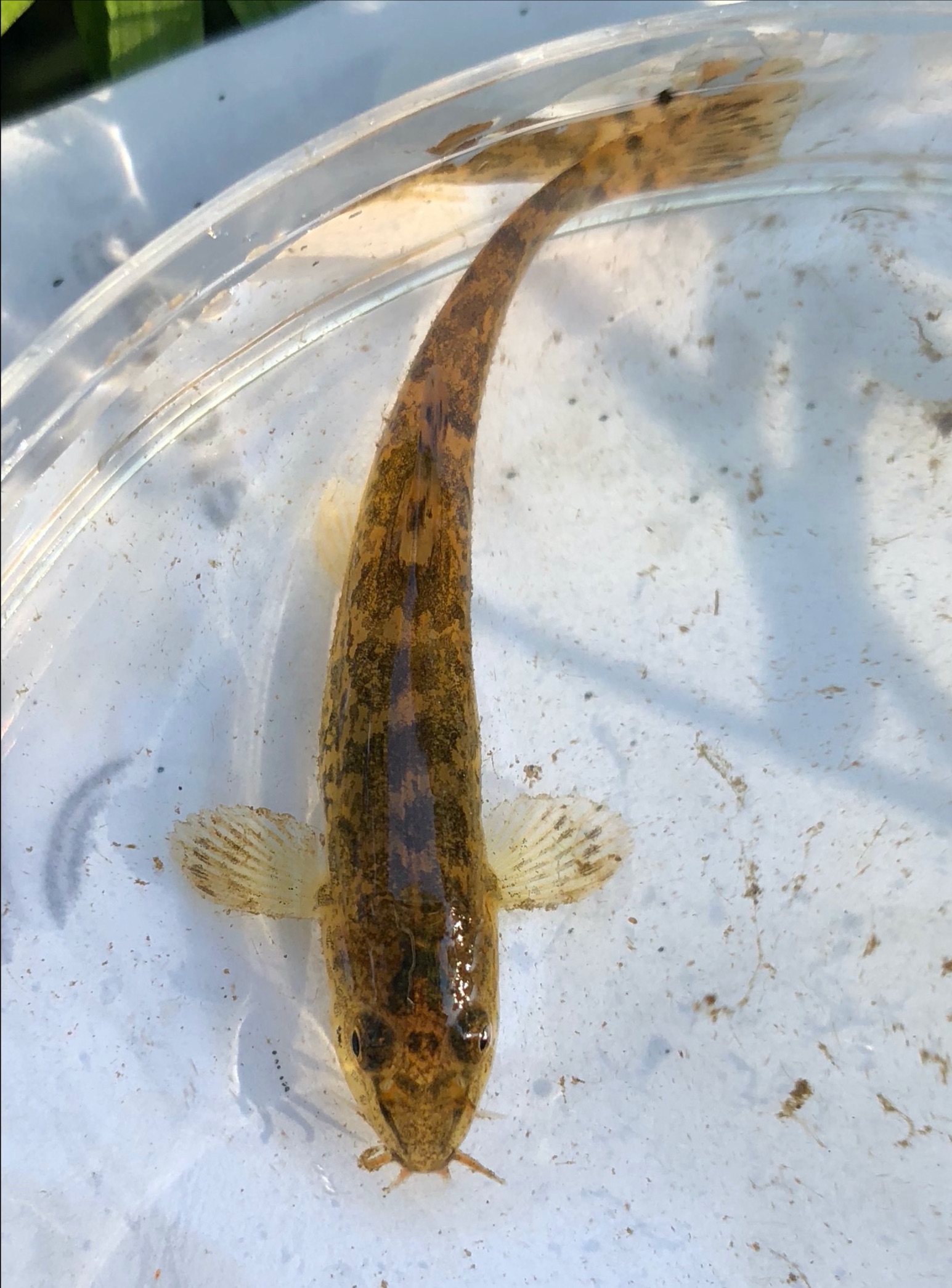 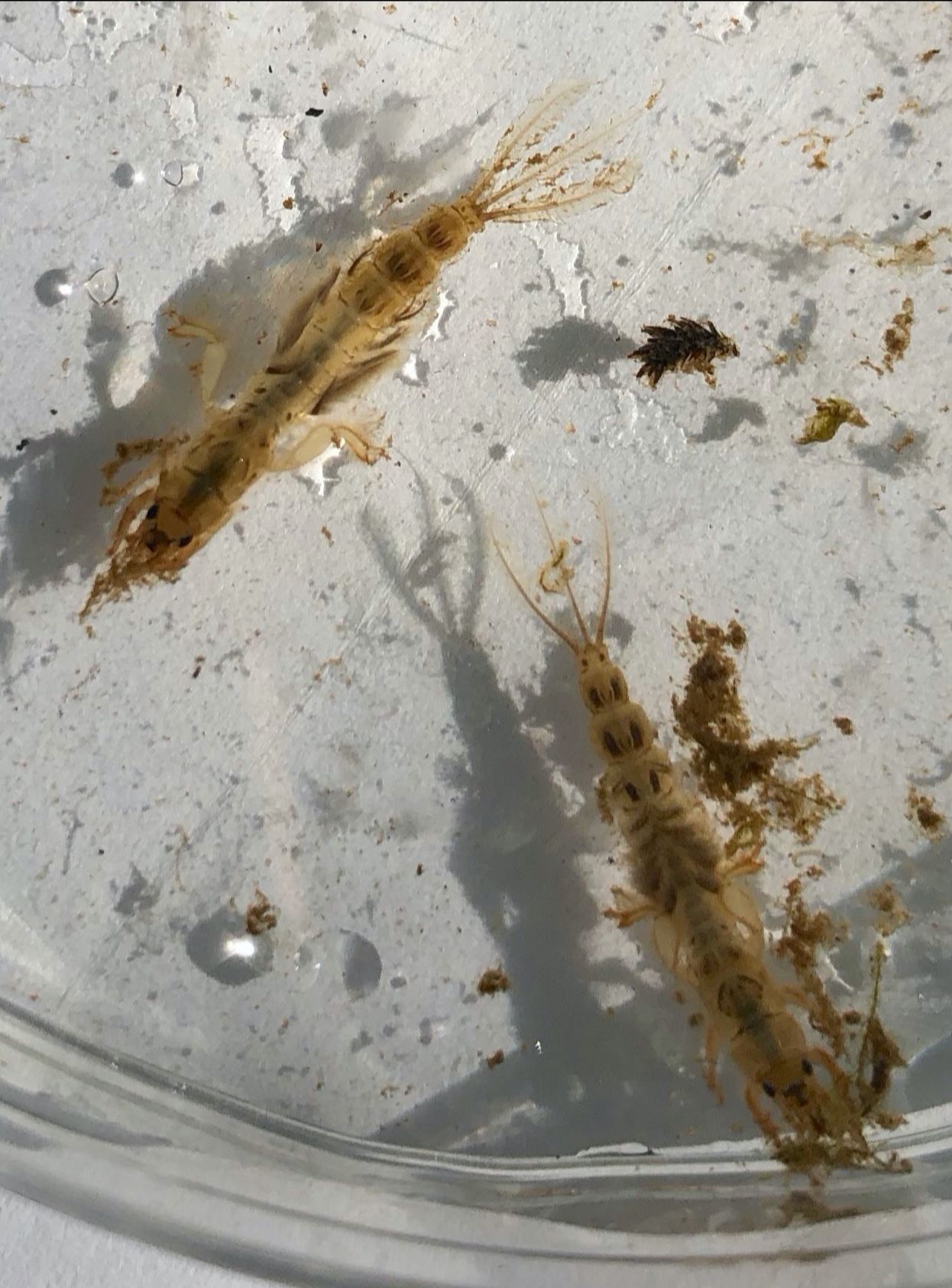 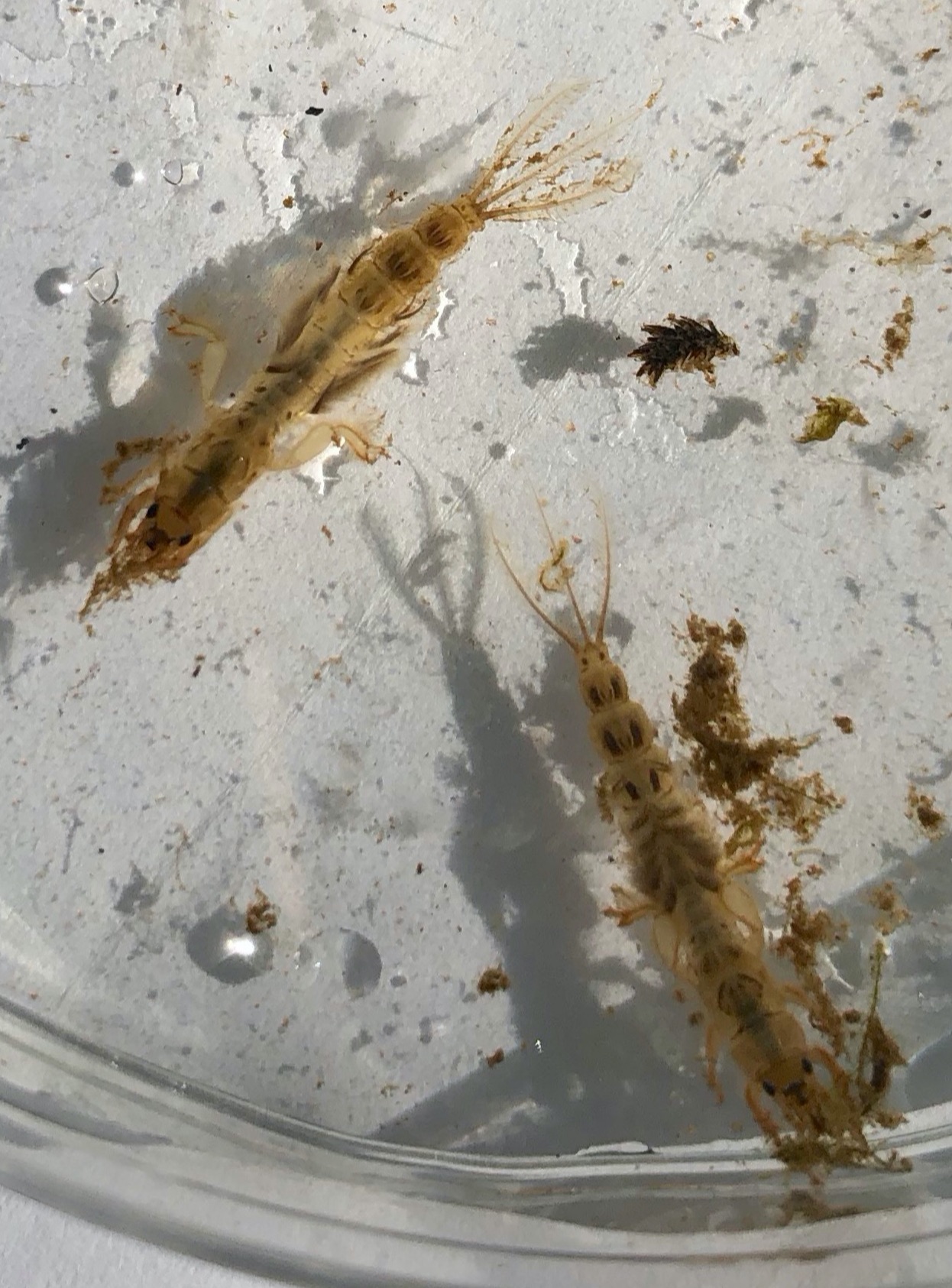 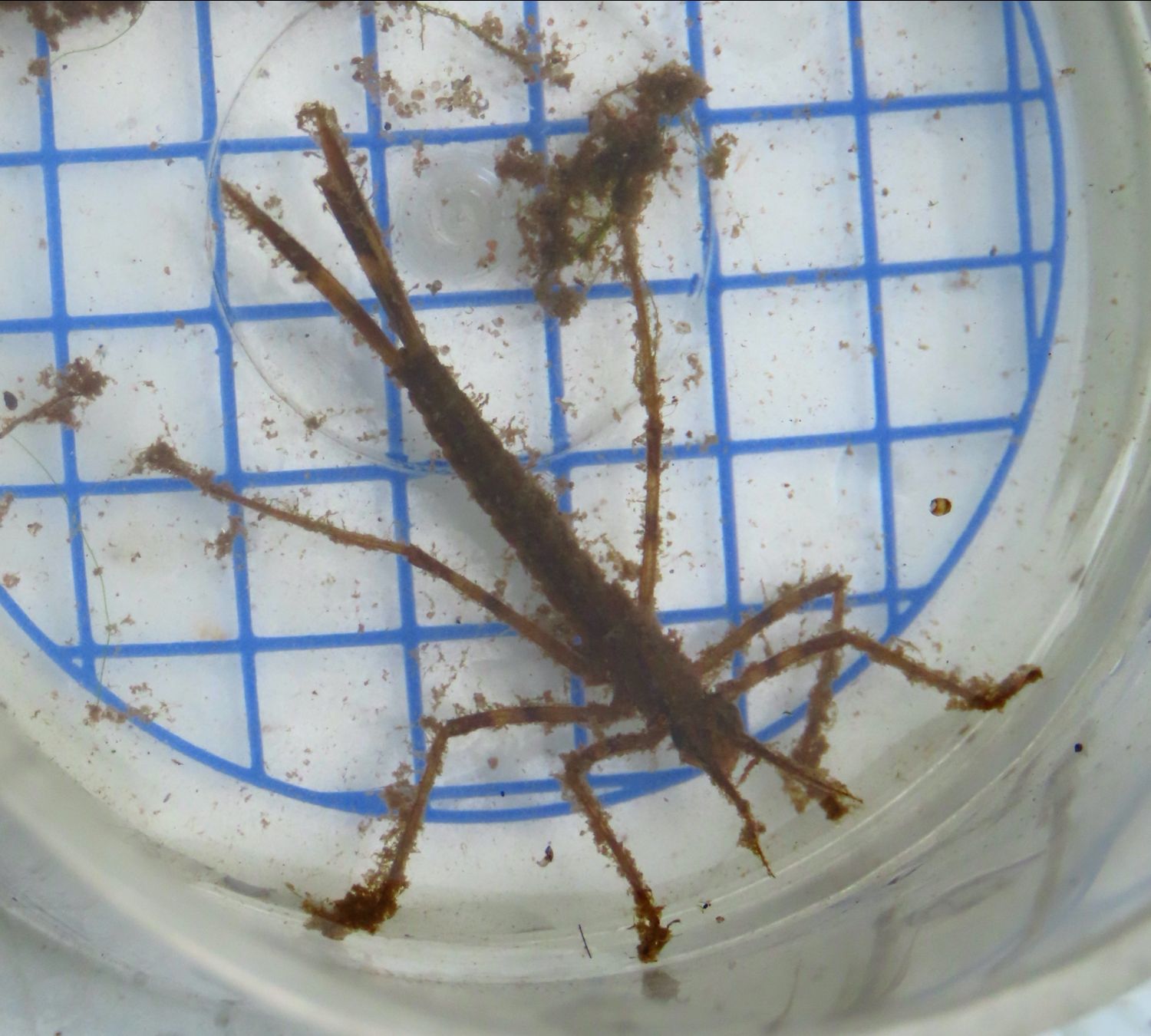 Overall, the main indicator groups and species were all present and sufficient to suggest that the quality of water remains good. Certainly, there is still no obvious sign of poor water quality (e.g. increased sediment, sludge, or a bad smell). Catch of the day was a distinctive damselfly nymph, probably of the Beautiful Demoiselle, Calopteryx virgo. Not seen here in recent years.
Dave Sage
Follow us on Social Media