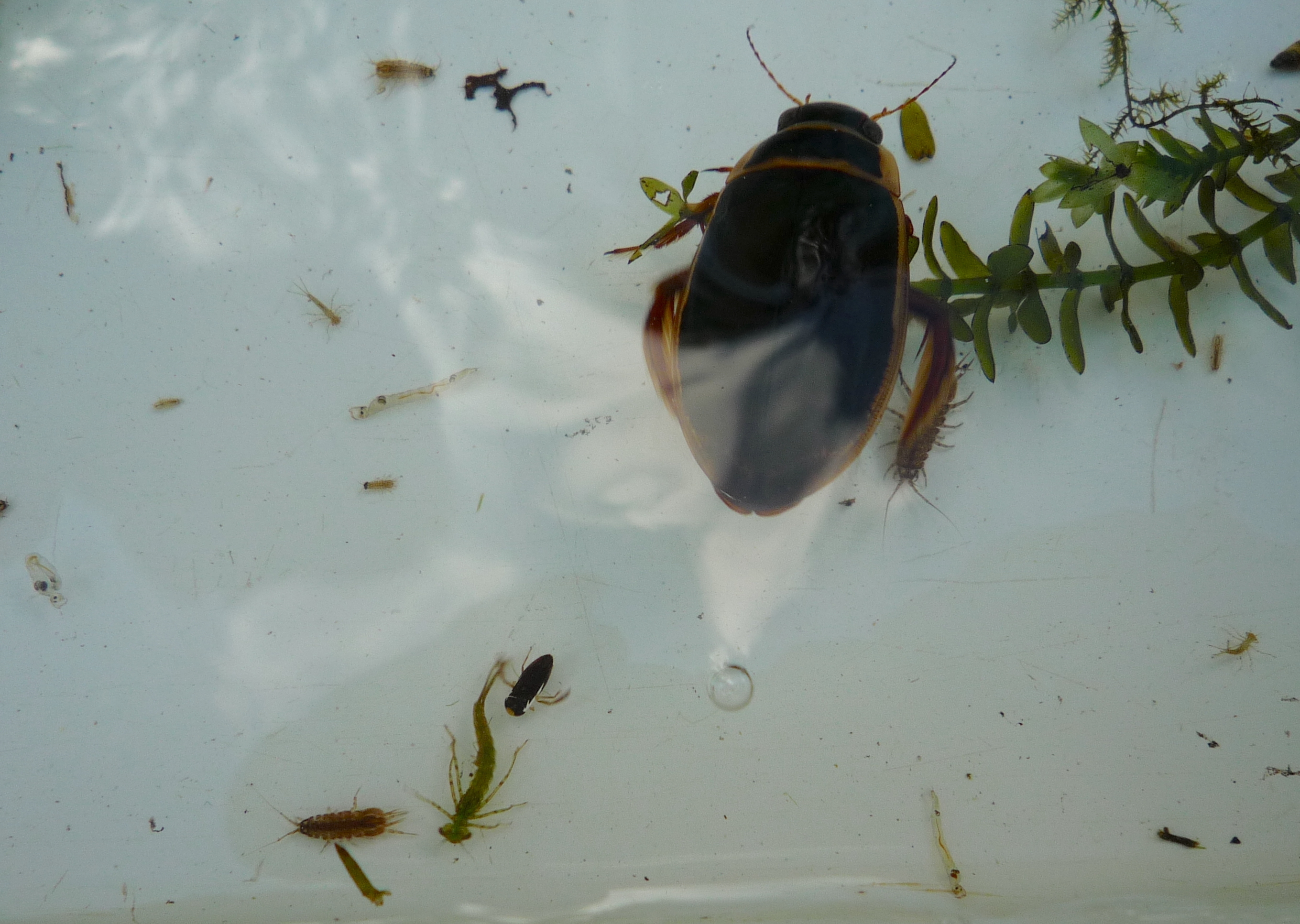 Pond Dipping for the Under 7's
30 enthusiastic under 7’s and their parents enjoyed a fun afternoon (in 2 sessions), dipping Wellsway School’s excellent pond for animals, mostly invertebrates apart from Efts, or “newt poles” - young newts hatched from eggs laid in the pond earlier this year. These still have external gills to obtain oxygen from the water, but will lose these as they reach adulthood next spring, breathing through their skin or through their simple lungs. As well as these, another 19 different invertebrate groups were identified, including dragonfly, damselfly and mayfly nymphs, greater and lesser water boatmen, freshwater shrimps and water lice. Catch of the day were 3 large diving beetles, about 40 mm long. Superb specimens and voracious carnivores, as one gruesomely demonstrated as it pounced on and rapidly devoured an unfortunate Eft! Photo: a selection of critters including one of the diving beetles collected 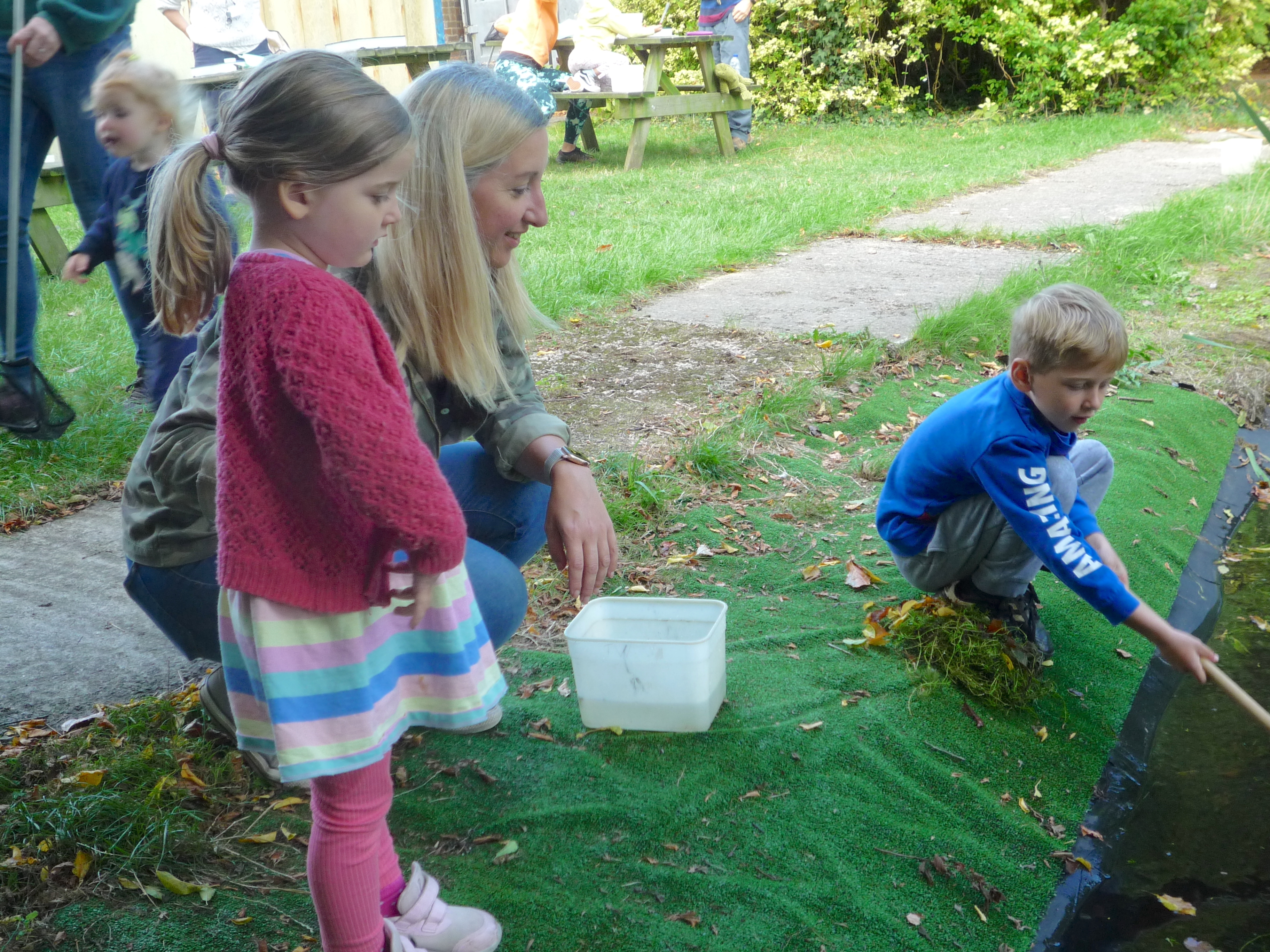 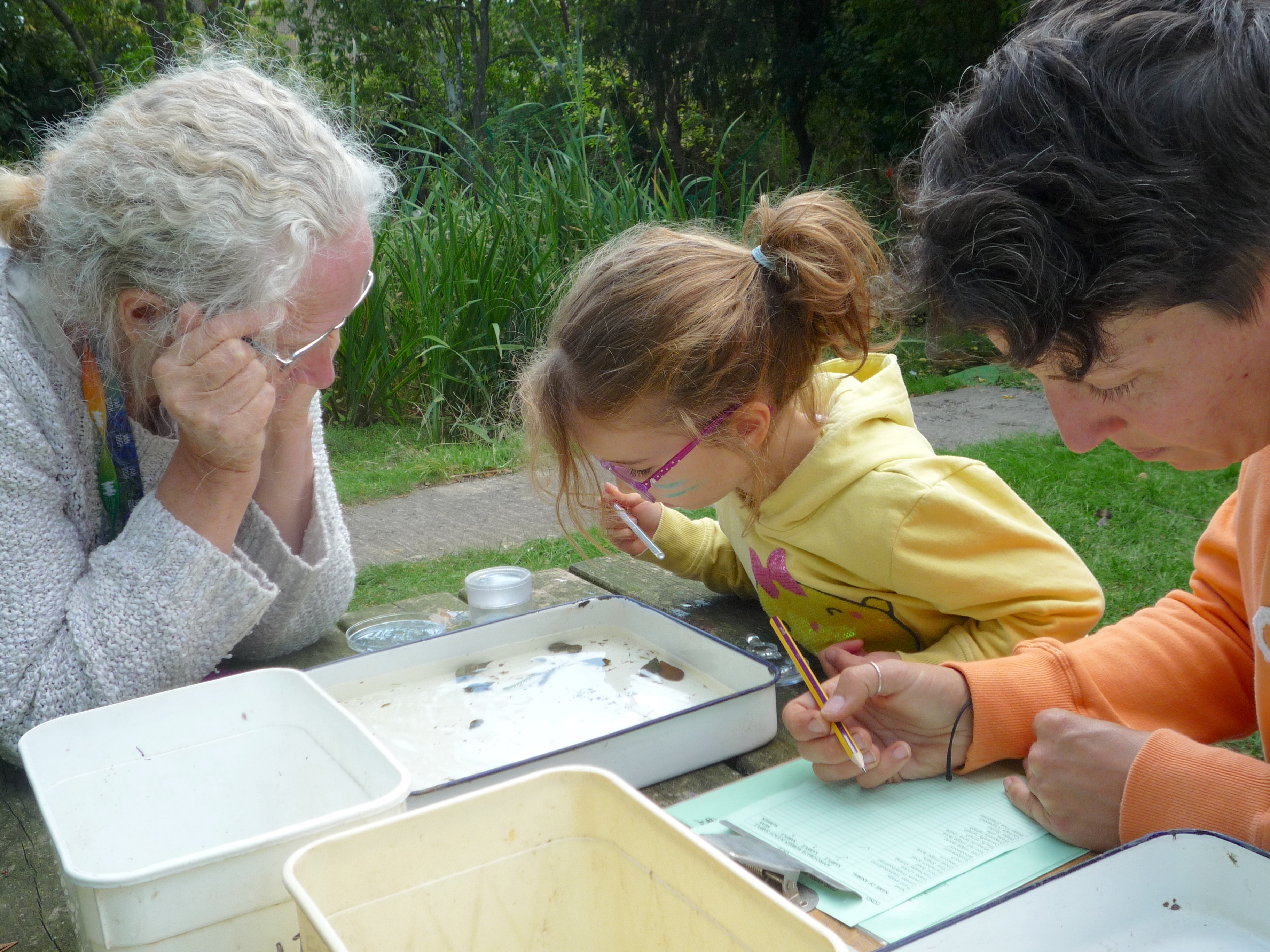 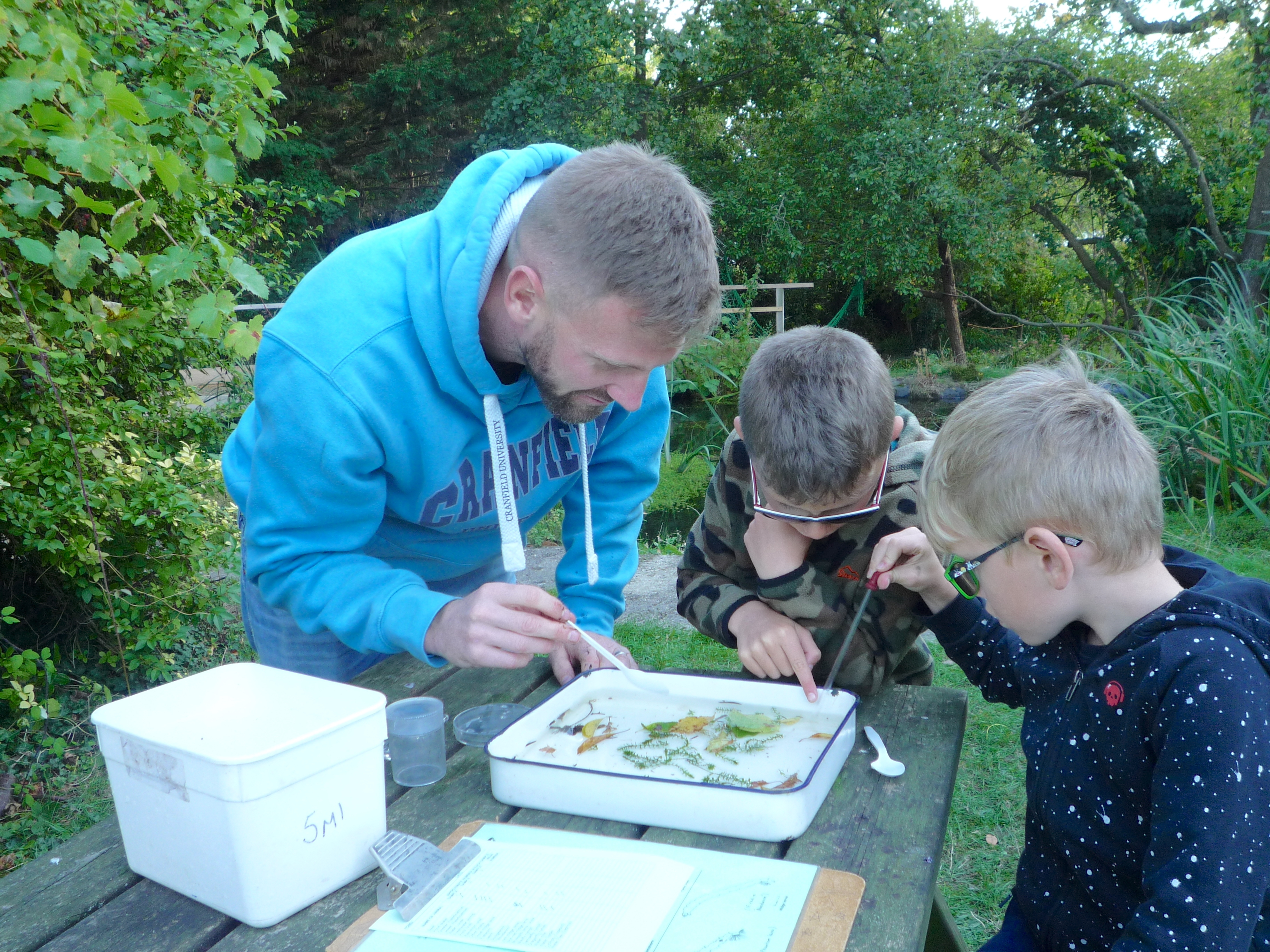 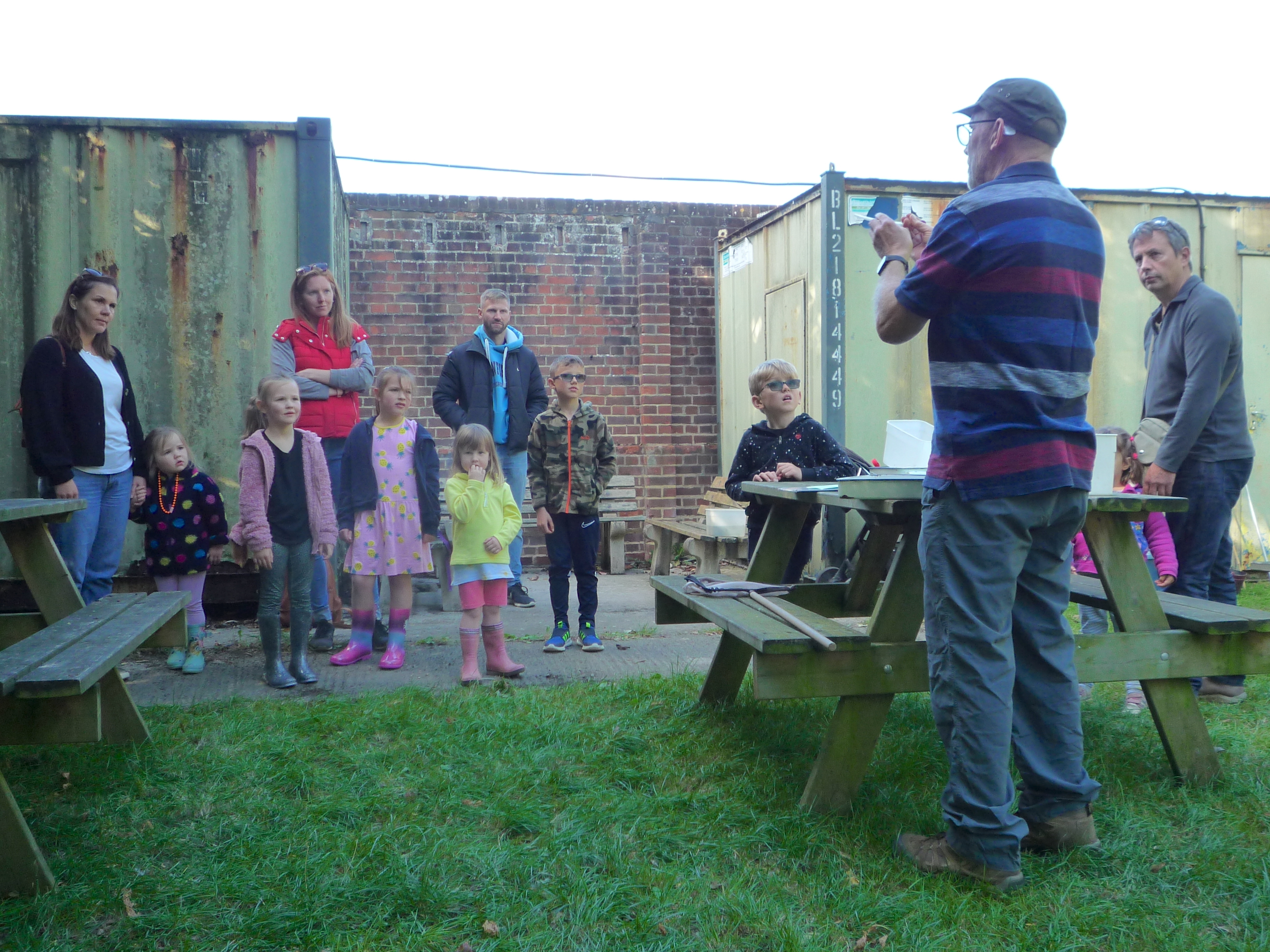 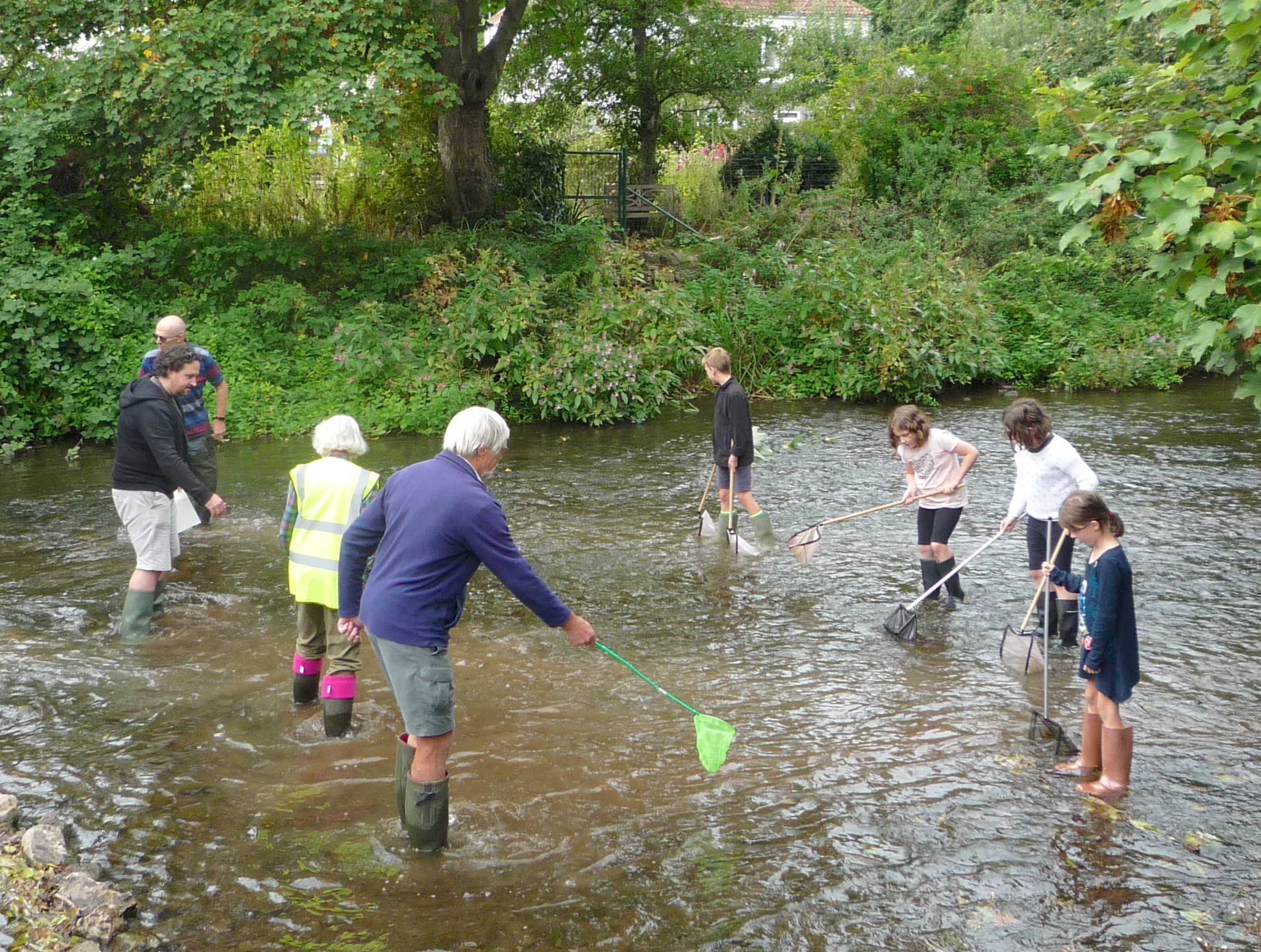 River Dipping for the Over 7's
River dipping took place again in the River Chew at Dapp’s Hill on a clear, fine, mild autumn afternoon. In common with last year, there was an age limit of 7 years, any younger enthusiasts directed to pond dipping at Wellsway school the previous afternoon. 20 people took part, including 11 children, and ten kick samples were taken. The river level was low although the flow rate was quite good over the small dam of stones (which is now well-established), reflecting quite low rainfall in September (indeed over the most of the summer months). 14 major invertebrate indicator groups were represented. In common with recent years, most samples had relatively low numbers, although fish were caught in several samples, including minnow and bullhead. A nearby fisherman caught 2 good sized chub. 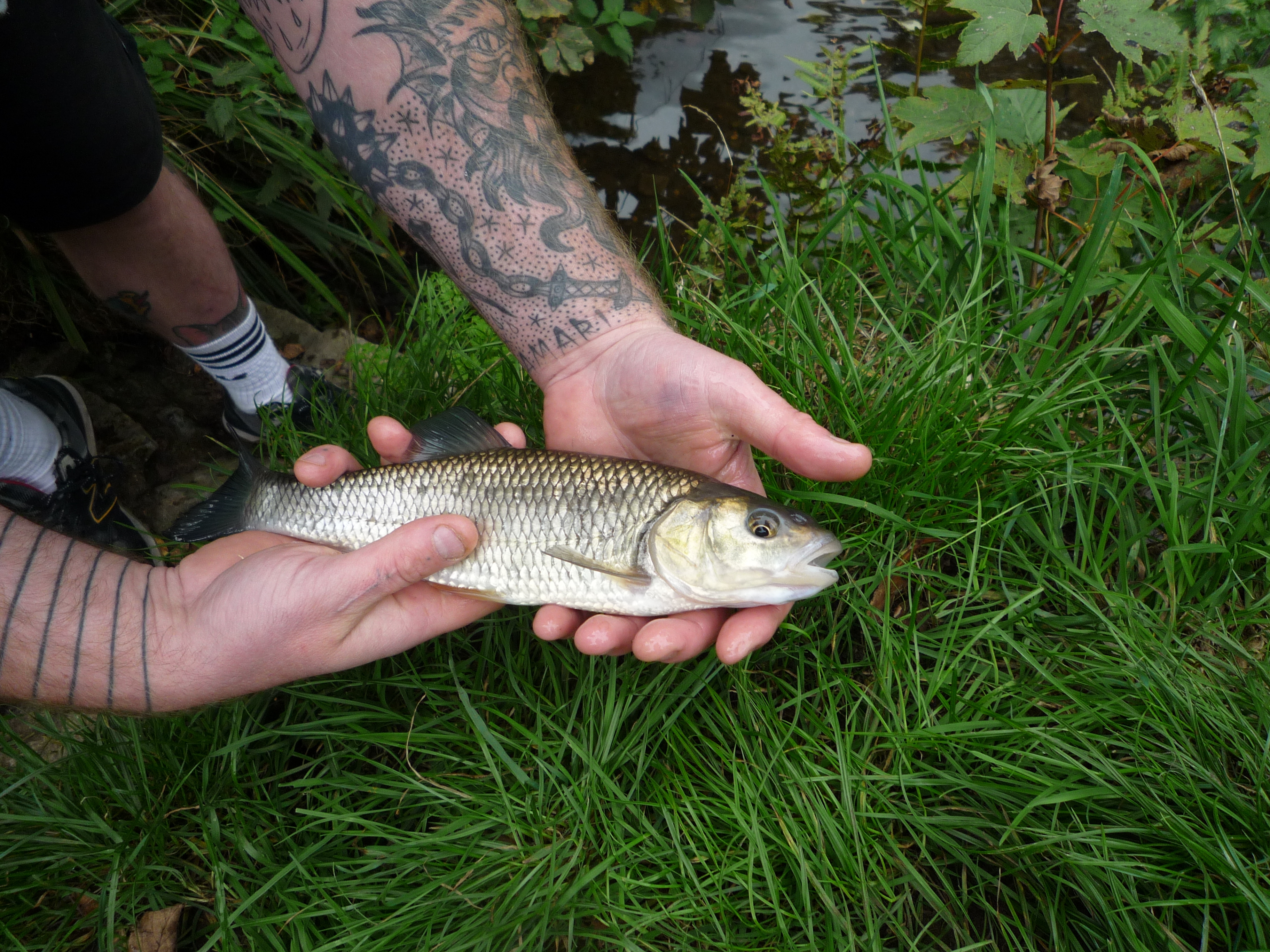 Overall, the main indicator groups and species were all present and sufficient to suggest that the quality of water remains good. Certainly, there is still no obvious sign of poor water quality (e.g. increased sediment, sludge, or a bad smell). Stonefly nymph, burrowing and swimming mayfly nymphs were present in most samples, comparable with last year's good results. Some samples contained good numbers of cased and uncased caddis fly larvae (including Hydropsyche species), more evidence of well-oxygenated water. There was an unusually high diversity of molluscs, which was very good to see, including bladder snails, pea shell cockles, Jenkins’ spire shells and river limpets. Bloodworms, sludge worms, leeches and other polluted water indicators were present in low numbers, reflecting a continuing healthy river ecosystem here.
Big thanks to Julia Shahin and Liz Wintle for their organisational and practical support on both days.
Dave Sage
Follow us on Social Media